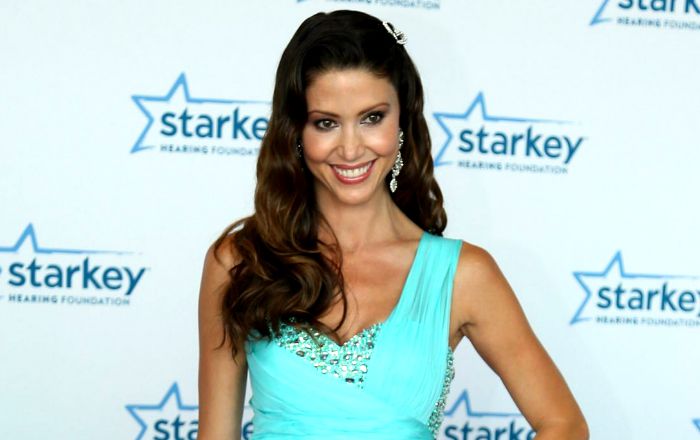 Who is Shannon Elizabeth?

American actress Shannon Elizabeth is well known for her role as Nadia in the 1999 comedy film American Pie. She received widespread acclaim for her roles in films like Scary Movie, Jay and Silent Bob Strike Back, Jack Frost, Thirteen Ghosts, Cursed, and Night of the Demons. She has been cast on the reality show, Celebrity Big Brother in 2018.

Shannon Elizabeth was born on the 7th of September 1973, in Houston, Texas, United States of America. She’s currently 46 years old.

Shannon Elizabeth is the daughter of Gerald Edward Fadal and his wife Patricia Diane Fadal. Her father is of Syrian origin whereas her mother is of German, English and Irish descent. American journalist and news anchor Tamsen Fadal is her cousin.

Shannon graduated from Waco High School, TX in 1991. She played tennis during high school and even considered to make it her professional career until acting bug caught her.

Shannon Elizabeth was married to American actor and director Joseph D. Reitman from 2002 to 2005. They were dating from 1992.

She is currently dating actor Russell Simmons from 2014. Among her dates were such stars as Enrique Iglesias, Mark Philippoussis, and Derek Hough.

In 1997, Shannon debuted in a small role in the American Horror Comedy film Jack Frost. Her first breakthrough role was with the 1999 comedy film American Pie where she played the role of Nadia.

In 1996, Shannon Elizabeth made her television debut in an episode titled ‘Crossing the Line’ in the TV series Arliss (American situation comedy).

Her other notable works in television include The Twilight Zone, That ’70s Show, Cuts, Dancing with the Stars and Celebrity Big Brother.

She has appeared in a few TV commercials and did some print ads.

Shannon has an estimated net worth of $10 million as of 2018. Much of her earnings come from film and TV appearances apart from other activities.

Shannon is an environmentalist and vegan

As an animal activist, she uses her popularity on social media to raise awareness about rhino poaching at the Poached Rhino fundraiser.

In 2002, She was ranked #8 on the list of the Sexiest Female Movie Star by Australian Empire Magazine.

Shannon launched a jewelry line ‘Shansen Jewelry’ along with her cousin Tamsen Fadal, who is a TV reporter for CBS, New York City.

Shannon is one of the leading celebrity poker players. She considers the game as her second career.

She played in the Main Event of the 2005 World Series of Poker under the guidance of Daniel Negreanu, and won a special tournament celebrating the opening of a new poker room at Caesars Palace hotel in January 2006, beating out 83 celebrities and poker professionals to win $55,000.