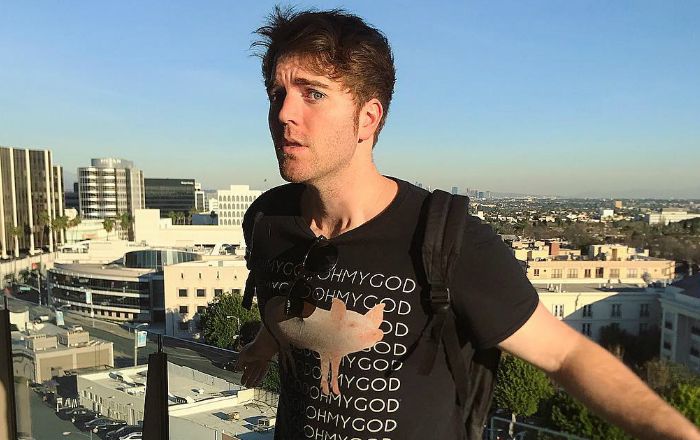 Who is Shane Dawson?

Shane Dawson is a popular American YouTuber, actor, singer, and author who is widely recognized for his YouTube channels, Shane and Shane Dawson TV,  which collectively have more than 22 million subscribers. He is best known for making videos featuring popular characters like Shananay, Ned the Nerd, S. Deezy, Mom, Aunt Hilda, Fruitlupe and Amy. The multi-talented has released six singles, several podcasts, short movies, and the author of two books, as well as appeared in a number of movies and TV shows.

Shane Dawson is the youngest of three children to Teresa Yaw and Kyle Yaw Jr. He has two older brothers Jerid and Jacob Yaw.

Shane Dawson has been dating host and web series producer, Ryland Adams since 2016. He confirmed his relationship with her on Instagram.

Shane Dawson made his feature film acting debut in 2012 with an American physiological slasher horror film, Smiley for his role as Binder.

In 2012, Dawson landed on the role of Christmas Past / Popcorn in live-action series, The High Fructose Adventures of Annoying Orange.

Dawson released his first single, “SUPERLUV!” on March 31, 2012, on iTunes. The song managed to chart at 87 in Ireland, 16 on the UK Indie Chart, 163 on the UK Singles Chart and reached the 28th spot on the US iTunes Pop Chart. He also released a music video for the song on his YouTube channel.

He has appeared in TV commercials for Taco Bell and McDonald’s.

Best known for his original characters like Ned the Nerd, S. Deezy and Aunt Hilda in his YouTube videos.

One of the most popular YouTuber with more than 22 million subscribers and 4 billion views.

His net worth is estimated to be around $12 million, as of 2020. He lives with his boyfriend in Los Angeles.

Dawson won the Best Vlogger at The Streamy Awards in 2010 and also won the Choice Web Star at Teen Choice Awards that same year.

In 2010, he was ranked #25 on Forbes magazine’s list of most famous web celebrities.

In 2013 he made a podcast with his friend Jessie Buttafuoco called Shane and Friends, which is still ongoing.

He revealed that he’s bisexual through a video posted on Shane Dawson TV in July 2015.

He has two dogs named Uno and Honey, and a cat, Cheeto.