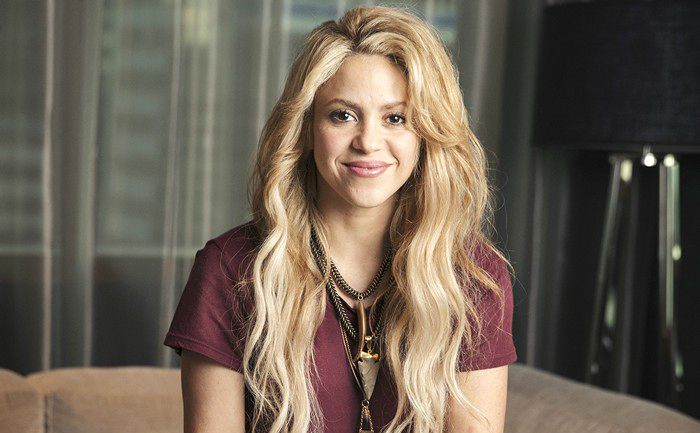 Shakira is a famous multi-talented artist from Colombia who is best known for her hit number “Waka Waka (This Time for Africa)”, becoming the biggest-selling World Cup song of all time with 10 million downloads. She made her mark in the music industry with the release of her album “Pies Descalzos” in 1996. She first gained fame in Latin American in the late ’90s and that success propelled her to enter the English market with the release of her hit single, “Whenever, Wherever”, which went on to become one of the most successful singles of 2002. Throughout her singing career, she has earned several awards and nominations, including 3 Grammy Awards, 13 Latin Grammy Awards, among others.

Shakira was born on February 2, 1977, in Barranquilla, Colombia.

She is currently 42 years old.

Her ancestry is Colombian and Lebanese with some Spanish and Italian.

Later, She got admission at UCLA, where she studied History of Western Civilization course.

Shakira was in a relationship with  Argentine lawyer Antonio de la Rúa from 2000 until 2010. they broke apart in August 2010 citing “mutual decision”.

She’s naturally Brown, but she loves to dye her hair blonde.

Shakira released her debut album, “Magia”, on June 24, 1991, via Sony Music Colombia. She was just 13 years old during the release of the album, and it included songs she had written since she was eight. It failed commercially. Even her second album “Peligro” didn’t do well.

Her big break came in 1995 with the release of her third Latin album, “Pies Descalzos”. The album was well-received by the listeners, debuting at number one in eight different countries. In the USA, it debuted at #180 on the U.S. Billboard 200 while it managed to reach number five on the U.S. Billboard Top Latin Albums chart. The album spawned six hit singles and soon after the release of the album, she went on the Tour Pies Descalzos to promote her album.

In 2012, Shakira appeared as herself in a documentary film titled “Shakira: The Documentary Film”.

She made her small screen debut with the television film “El Oasis” in 1996, in which she played the role of Luisa Maria.

Shakira catapulted to fame in English speaking countries with her fifth album, “Laundry Service”. The album spawned hit single ‘Whenever, Wherever’, which went on to become one of the most popular singles of all time and had sold 3.5 million copies in the USA. This album is her best selling album till date with a worldwide sale in excess of 20 million copies, yielding her over $4 million.

She is best known for her dancing moves and belly dancing.

Her signature single  ‘Hips Don’s Lie’ from the album “Oral Fixation, Vol. 2” is still considered to be one of her best works till date. It peaked at No. 1 on the U.S. Billboard Hot 100 and also reached the No. 1 spot in 55 other countries.

Shakira’s most popular work, “Waka Waka (This Time for Africa)”, the official song for the 2010 FIFA World Cup, and the biggest-selling World Cup song of all time what with 10 million downloads and 1.6 billion views on YouTube.

She has endorsed brands like Reebok, Panasonic, Crest, Oral B, etc.

Shakira has a net worth of $300 million dollars. She earns her net worth from record sales, concert tours, endorsements, and other business activities. She splits her time between her luxurious houses in Barcelona, Spain and Miami, Florida. She also owns several houses in the Bahamas, Barranquilla, Colombia. She owns Audi A7.

She is  fluent in Spanish (her native language) English and Portuguese. She also speaks some Italian, Arabic and French.

She began belly dancing in school.

Shakira has sold over 60 million records worldwide over the course of her music career.

She founded the Pies Descalzos (Barefoot) Foundation when she was 18 years old, which aim at providing education and nutrition to underprivileged children Colombia and other poor countries.

In October 2011, Shakira was named a member of President Obama’s Advisory Commission on Educational Excellence for Hispanics.

Shakira served as a coach on the 4th and 6th season of NBC’s hit reality series, “The Voice”.

She has three dogs: Coquito, Chan, and Gordita.

She received a star on the Hollywood Walk of Fame located at 6270 Hollywood Blvd.

In 2010, she launched her own range of beauty products called S by Shakira.

In 2011, Shakira was honored at the Latin Grammys as 2011’s Latin Recording Academy Person of the Year.

In 2014, Shakira became the first musical act to perform three times at the FIFA World Cup.

Shakira usually release her songs in both English and Spanish.

In 2017, she was the only artist listed as one of the world’s greatest leaders by Fortune, ranked at 27th.