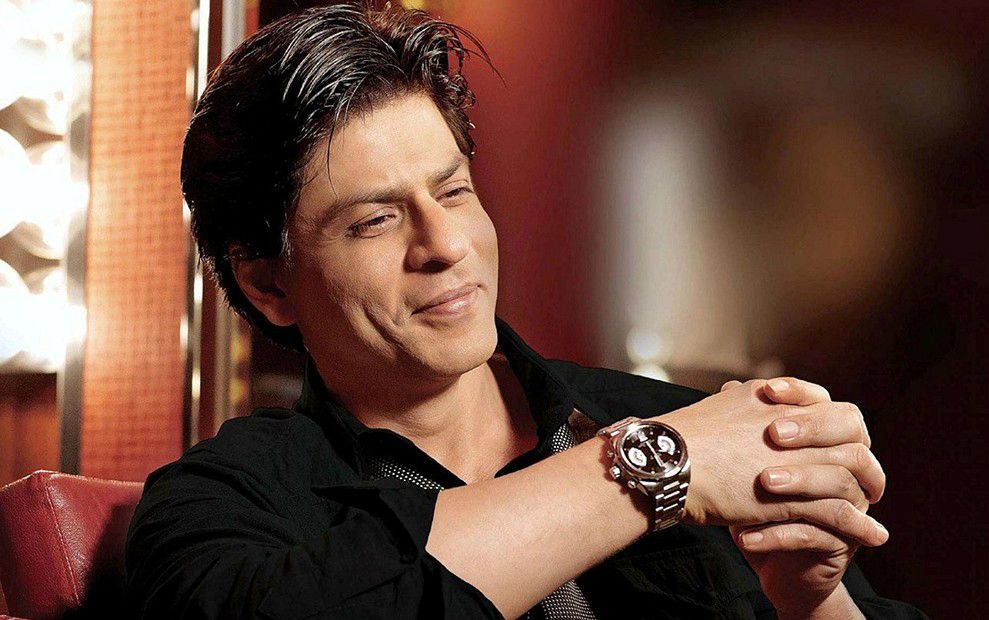 Who is Shah Rukh Khan?

Shah Rukh Khan is one of the most popular actors in the Indian film industry. He is often called as “Badshah of Bollywood”, “King of Bollywood”, “King Khan” by his fans, who has starred in more than 80 films and won over a dozen Filmfare Awards and other numerous accolades. SRK is one of the most successful actors in the world in terms of fan base and earnings and the richest star in India.

Shah Rukh Khan was born on the 2nd of November 2, 1965, at Talwar Nursing Home in New Delhi, India. He is currently 54 years old.

Shah Rukh Khan was born into a Muslim family of Late Meer Taj Mohammad Khan and Late Lateef Fatima. His father was an Indian independence activist from Peshawar who campaigned alongside the Khudai Khidmatgar, a nonviolent resistance movement led by Abdul Ghaffar Khan. His mother was a social worker and a magistrate. He has an older sister named Shahnaz Lalarukh.

Khan’s paternal grandfather, Meer Jan Muhammad Khan, was an ethnic Pashtun (Pathan). His maternal grandfather was Ifthikar Ahmed. He is of Hyderabadi descent on his mother’s side while his father has Pathan ancestry and also has some Kashmiri roots.

Shah Rukh Khan went to St. Columba’s School in central Delhi where he received the school’s highest honor, the Sword of Honor for his outstanding performance in both studies and sports. At the tender age, he began acting in school plays and got appreciation from teachers and friends for his imitation of Bollywood actors.

In 1985, he attended Hansraj College (affiliated to Delhi University) and graduated with a bachelor’s degree in Economics in 1988. Around that time, he spent most of his time at Delhi’s Theatre Action Group (TAG), where he studied acting under the mentorship of theatre director Barry John.

He was enrolled at Jamia Millia Islamia to earn his master’s degree in Mass Communications but dropped out to further his career in acting. He learned acting and drama from the National School of Drama in Delhi.

As an actor, SRK first appeared in 1992 Hindi film Deewana for which he earned the Filmfare Award for Best male Debut.

As a producer, he first produced the 2000 Hindi film Phir Bhi Dil Hai Hindustani and also acted in the film.

Before entering into mainstream cinema, he acted in television shows. The fame and popularity eventually pushed him to do films. He first featured in the 1922 TV show Dil Dariya. However, his role in 1988 TV show Fauji gained him positive reviews and acclaim.

Being the most popular celebrity and the second richest celebrity in the entertainment industry and the wealthiest celebrity in India. Shah Rukh Khan has amassed a net worth of $600 million. He is one of the highest-paid actors on the planet. His earning comes from movies, brand endorsements, television appearances, business endeavors, and production company, Red Chillies Entertainment. King Khan is also the proud owner of IPL franchise Kolkata Knight Riders.

Shah Rukh Khan is a big fan of exotic cars. He has an extensive collection of ultra-luxurious cars including a Bentley Continental GT, a Audi A6, BMW 7 Series (760 Li and 740 LI), a BMW 6 Series Convertible, a Toyota Land Cruiser Prado, a Rolls Royce Phantom Drophead Coupe, a Bugatti Veyron, a Mitsubishi Pajero SFX, and a BMW i8.

The Badshah of Bollywood is well known for his luxurious life, and of course, his houses were designed to exhibit his king-like lifestyle. His grand Mannat is one of the most beautiful and exquisite houses in India that is located in the posh area of Bandra, Mumbai. This 26,328 square feet lavish mansion comprises seven floors that feature several bedrooms and its respective bathrooms, spacious living area, and every decor inside the room from curtains to furniture are handpicked by his wife.

Shah Rukh Khan is the biggest star of Bollywood who often visits Dubai which is his favorite holiday destination. He owns a luxurious pad on The Palm Jumeirah that comes with six bedrooms and two automated car garage.

Today, Shah Rukh Khan is one of the richest celebrities in the world, but he was below $1 dollar for working as a guide at the Pankaj Udhas concert in Delhi. Upon receiving the money, without thinking, he visited the Taj Mahal.

SRK ran a restaurant before earning him a place in entertainment.

He was brought into movies by his friend Vivek Vaswani and Hema Malini.

He is scared of riding horses.

He is an amateur who had played at the national level and served as a caption for his cricket, hockey and football teams.

He is a big fan of Manchester United Football Club.

Shah Rukh Khan once sold tickets for his own film in one of the theatres’ booking ticket counter in Mumbai.

He was given the birth name as Shahrukh which means “Face of the King”. But, he prefers to write his name as Shah Rukh Khan.