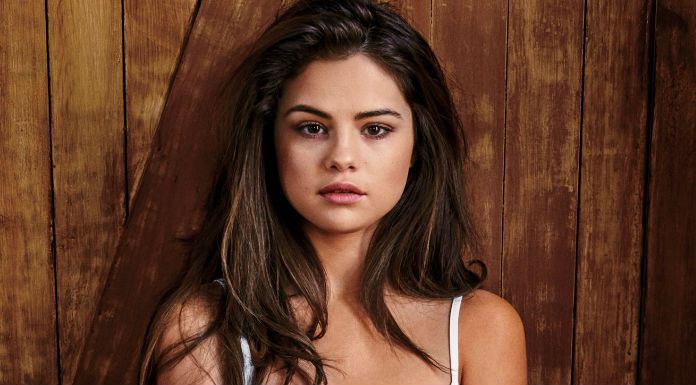 Selena Gomez is an American singer and actress who initially gained stardom for appearing in Disney’s series such as Barney & Friends and Wizards of Waverly Place. She is known for her albums  Stars Dance (2013) and Revival (2015). As an actress, Selena rose to prominence for her roles movies such as Wizards of Waverly Place: The Movie (2009), Ramona and Beezus (2010), Monte Carlo (2011), Spring Breakers (2012), Getaway (2013) and The Fundamentals of Caring (2016). She is one of the most followed celebrities on Instagram, with more than 144 million followers on the app.

She went to Danny Jones Middle School, Texas, USA (dropped out due to bullying) and was then homeschooled. She grabbed her diploma from homeschooling.

I maybe had a first love and had my heart broken, but reflecting on it, I don’t think that was love. I think as I’m getting older and having more in-depth relationships, maybe I’ll experience it. At the moment, I don’t know, exactly, if I’ve been in love.

Zedd (2015) – She was rumored to be dating German DJ Zedd in 2015. But the couple were spotted at several places during that time.

Charlie Puth (2015) – Selena Gomez was again rumored to have had a fling, this time, with Charlie Puth in November 2015.

The Weeknd (Abel Makkonen) (2017) – She began dating fellow Canadian singer The Weeknd in early 2017. They ended their relationship in late 2017.

I’m human, I’m not perfect. I make mistakes all the time, but I guess my job is to keep those mistakes to myself, which I’m already fine doing and just try to be the best I can be for those kids.

She launched her own pop-rock band, Selena Gomez & the Scene in 2009 and released their debut album in August 2009. It was ranked no.9 at the US Billboard 200 in its first week.

Selena released her solo album titled Stars Dance on July 23, 2013, under the recording label, Hollywood Records. The album reached no.1 on the US Billboard 200 chart in the first week of release and gradually declined. It received mixed reviews from critics.

As a child, Selena entered into the entertainment industry making her debut with the 2003 film Spy Kids 3D: Game Over.

The children’s TV series Barney & Friends marked her first appearance on television. She was featured in the 7th and 8th season between 2002 and 2003.

She has been associated with several brands including Sears, UNICEF, Adidas, Eco, Adrenalina (perfume company), Coca-Cola, Louis Vuitton, and Pantene among others. She also did many tv commercials.

The damsel has an estimated net worth of $60 million dollars. Majority of her fortune comes from music, movies, and endorsements. In September 2017, Selena signed a $30 million deal with Puma for two years. With that lucrative endorsement deal, she became the new face of Puma. Not to mention, Selena Gomez is one of the wealthiest pop sensations in the business.

Selena loves expensive cars and was spotted driving around in Ford Escape. One of the popular SUV in America, it boasts a 2.5-liter four-cylinder mill that is good for 168hp. She also owns a Mercedes, a BMW and a Jaguar. She was usually seen cruising on an aqua blue Vespa buddy scooter enjoying the summer.

She owns a lavish $3 million mansion near the popular Hidden Hills neighborhood of California. The luxury house features five bedrooms, six bathrooms, a spa, a gym, and a pool.

You reflect on the people who used to be in your life, and it’s like, ‘Wow, I can’t believe that person was ever really in my life.’ But people are put into your life for seasons, for different reasons, and to teach you lessons.

Despite having a difficult childhood due to financial hiccup, Selena Gomez entered into showbiz at age nine.

Her mother was just aged 16 when she gave birth to her. Her parents got separated when she was five years old.

Selena was discovered by Disney Channel in a nation-wide casting call. She did the main role Alex Russo in Disney Channel series Wizards of Waverly Place. And, in fact, Disney gifted her a Mickey Mouse charm necklace for her appearance in the series.

The gorgeous woman instantly achieved fame and popularity and got rid of her financial hurdles as she was paid around $25,000 per episode in the series. From there on, there was no looking back for the actress as she propelled her portfolio to singing and songwriting. she had a successful career in the entertainment industry over the years making her the most popular pop sensation in the world.

Selena has released a number of albums independently and via her band Selena Gomez & the Scene. Many of her albums went on to top the US Billboard and other charts. Throughout her career, Selena has sold more than 7 million albums and 22 million singles worldwide. Apart from a music career, she owns several business endeavors including the recently launched production company July Moon Productions.

Like other pop artists, Selena has also gone on several international tours. Subsequently, her net worth began to swell and add to that, she runs a fashion line “Dream Out Loud” and a perfume line called ‘Selena Gomez’. As per reports, Selena made over $4 million last year.

She has five dogs – Chip, Willy, Fina, Wallace, and Baylor. All of these dogs were mostly stray dogs and she adopted them.

Selena would have been a chef if she was not a singer or actress.

She consumes olive oil regularly in order to protect and smooth her voice.

Selena is known for her philanthropic activities, including her association with the ‘Trick-or-Treat for UNICEF’ movement.

She has also been involved with other organizations and campaigns like ‘DoSomething.org’, ‘Island Dog’, ‘RAISE Hope for Congo’, ‘Friends for Change’, ‘Disney Worldwide Conservation Fund’, and ‘Hope for Haiti Now’, amongst many others. Gomez has served various causes from child welfare to the protection of animals to environmental concerns.

In 2017, she had a kidney transplant due to lupus after Francia Raisa donated one of her kidneys to her.

She launched a limited-edition collection of handbags under the label “Selena Grace” in collaboration with the luxury brand Coach, Inc. in 2017.

Selena was pushed down to no. 2 for having the most number of followers on Instagram by Cristiano Ronaldo in October 2018.