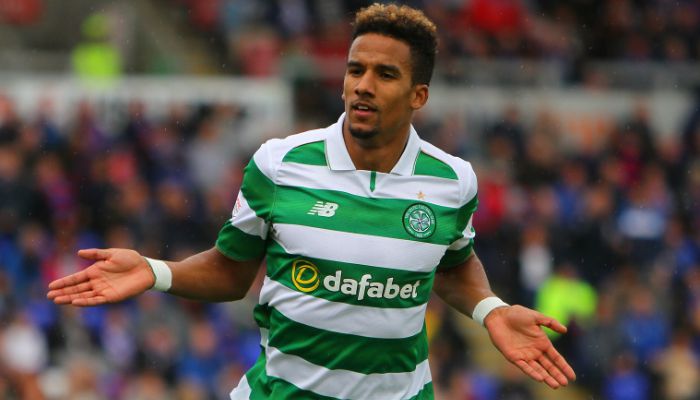 Who is Scott Sinclair?

Scott Sinclair started dating TV personality and actress Helen Flanagan in 2009. The couple moved together and announced in December 2014 that they were expecting their first child on Twitter. She eventually gave birth to her daughter, Matilda Jessica Sinclair in June 2015.

In December 2004, at the age of 15, Sinclair made his professional soccer debut while playing for Bristol Rovers against Leyton Orient in the League Two game.

He has singed a big deal with Nike.

The 28-year old soccer player lives with his family in a lavish house in Glasgow, Scotland, United Kingdom. He owns a Mercedes Benz SLS ($100000).

Scott has an estimated net worth of $8 million dollars with annual earnings of $2 million dollars. His source of wealth are soccer and endorsements. One of the richest football player in the world, Scott has played with several clubs.

When Scott Sinclair was signed with Chelsea in July 2005 from Bristol Rovers, a Football League tribunal ordered Chelsea to pay an initial £200,000, and also 15% of the profit on any future sale.

While with Chelsea, he was loaned out to various clubs, including Plymouth Argyle, Birmingham City, and Wigan Athletic.

He signed with Manchester City in 2012, but saw little time on the field, partially due to a blood clot in one shoulder.

On 7 August 2016, Sinclair signed a four-year deal with Scottish Premiership champions Celtic. Sinclair became the first Celtic player since Jimmy McGrory in 1922 to score in each of his first five league matches.

Sinclair scored his first Celtic hat-trick on 2 April 2017 as the Hoops beat Hearts 5–0 at Tynecastle to wrap up a sixth consecutive Scottish league title.