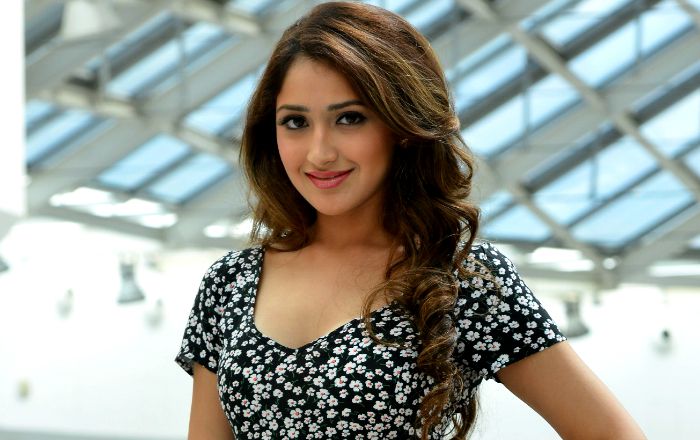 Sayyeshaa is an Indian actress who predominantly appears in Tamil films as well as in Telugu and Hindi films. She is also trained in various dance forms like Odissi and Kathak along with other forms like hip-hop and belly dancing. Her acting credits include Ghajinikanth, Junga, Kadaikutty Singam, Shivaay, and Vanamagan.

Sayyeshaa Saigal was born on the 12th of August 1997, in Mumbai, Maharashtra, India. She is currently 22 years old.

She studied in England until 5th grade and upon returning to India, she attended Ecole Mondiale World School in Mumbai.

Sayyeshaa married Arya, her co-star in the film Ghajinikanth, on 10 March 2019 in Hyderabad. The couple began dating during the filming of Ghajinikanth and made their relationship public on Valentine’s day.

Sayyeshaa made her theatrical film debut with the Telugu film Akhil in 2015. The following year, she made her Bollywood debut in the film Shivaay, opposite Ajay Devgn.

Her Tamil debut was Vanamagan along with Jayam Ravi that hit screens in June 2017.

She hasn’t appeared on TV series other than promotional talk shows.

She has been dancing since she was a child and learned the Latin-American style of dancing at the age of 10.

After returning to India, she learned different classical dance forms Odissi, Kathak, Belly Dancing and Hip Hop. She even flew to Rio de Janeiro and South Africa to learn dancing.

She is the grandniece of Bollywood actors Saira Banu and Dilip Kumar.