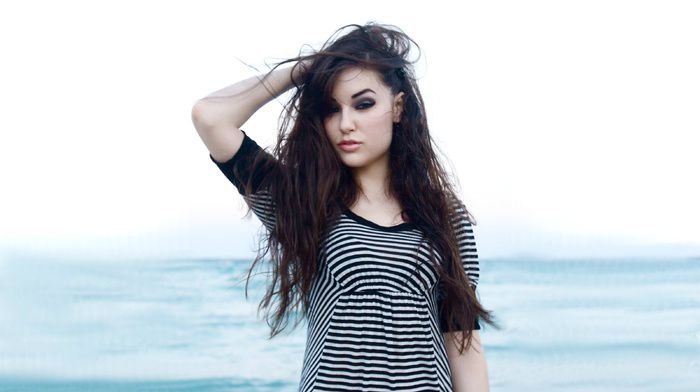 Who is Sasha Grey?

Sasha Grey is a popular American actress, model musician. She made a name for herself in the entertainment industry following her appearances in many television programs and pop magazines. Previously, she was identified as a pornographic actress, who plunged into the world of hardcore porn immediately after she turned 18. She was so much inclined to make it to the industry and has won numerous awards, including the Female Performer of the Year at the 2008 AVN Awards. She shifted her focus to mainstream cinema after her debut in Steven Soderbergh’s The Girlfriend Experience in 2009. Since then, the elegant actress has appeared in several films, television series and independent films, thus winning the hearts of millions of people.

Sasha Grey was born on the 14th of March 1988, in North Highlands, California, U.S. She is currently 31 years old.

Sasha Grey has not shared many details about her parents and siblings. Her mother who is of English, Irish and Polish ancestry had worked for the state of California Her father was a mechanic, who belongs to Greek-American ancestry. Her parents divorced when she was in middle school and her father died in June 2015. Her mother remarried in the year 2000.

Sasha graduated from Highlands High School and then attended Sacramento City College in Sacramento, California in 2005.

Currently, Sasha Grey is single, but has dated Ian Cinnamon, Rachel Roxx and Dave Navarro in the past.

In 2007, she made her debut onscreen appearance in the comedy film Homo Erectus as a cavegirl.

In 2010, Grey appeared in comedy drama television series Entourage as herself in 6 episodes.

This beautiful actress has a net worth of $3 million. She makes a lot of money from films, television appearances, endorsements, and other activities. During her stint in the adult industry, she earned a ton of bucks that adds a great value to her net worth.

Having plunged into adult industry at the age of 18, Sasha Grey created her a name as one of the most notorious adult film stars before she left the industry in 2009 at age 21.

She is also a Disc Jockey (DJ) in Canada, and USA.

Grey has appeared in Playboy twice, first in a December 2009 pictorial, and then for the cover feature in October 2010.

In 2013, she published the first part of her trilogy novel, The Juliette Society, which was released in 25 countries. She released the second and third part of the novel in 2016 and 2018 respectively.

As a musician, she has written and produced her own original songs and remixes.