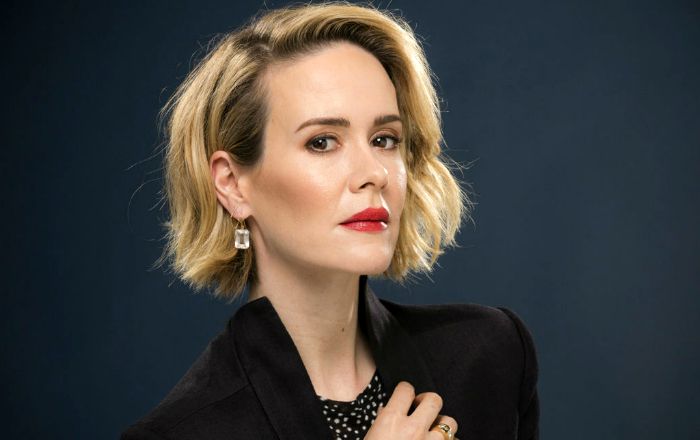 Who is Sarah Paulson?

Sarah Paulson is a famous American actress best known for her work in the FX anthology series American Horror Story, for which she won two Critics’ Choice Television Awards for Best Supporting Actress in 2013 and 2015. Her performance as Marcia Clark in American Crime Story earned her a Primetime Emmy Award, Critics’ Choice Television Award, and a Golden Globe Award for Outstanding Lead Actress. She has several hit films to her name, including 2 Years a Slave, Carol, The Post, and Ocean’s 8, among others.

Sarah Paulson was born on the 17th of December 1974, in Tampa, Florida, United States of America. She is currently 45 years old.

Sarah Paulson is the daughter of Catharine Gordon (née Dolcater) and Douglas Lyle Paulson II. She has a sister named Liz Paulson who is an actress and casting director. Her paternal sister, Rachel Paulson, is also an actress and writer and producer.

Paulson has been in a relationship with actress and playwright Holland Taylor since 2017.

Previously, she was in a relationship with actress Cherry Jones from 2004 to 2009 and actress Amanda Peet in 2017.

Sarah Paulson earned her first acting role in the movie, “Levitation”, playing her role as Acey Rawlin in 1997.

When it comes to television, she guest appeared as Maggie Conner in one episode of the NBC legal drama series Law & Order.

She also acted in an Academy Award-winning drama film, “12 Years of Slave”. She played Mistress Mary Epps in the film, which an adaptation of the 1853 slave narrative memoir of the same name by Solomon Northup, a New York State-born free African-American man who was kidnapped and sold into slavery. He was put to work on plantations in the state of Louisiana for 12 years before being released. The film was well-received by people earning several awards including three Oscars for Best Picture, Best Supporting Actress and Best Adapted Screenplay.

She played real-life lawyer as Marcia Clark in the first season of the anthology series “American Crime Story”, subtitled “The People v. O. J. Simpson”. The series was commercially hit and was appreciated by both critics and the audience. She has won a handful of awards including Primetime Emmy Award, Critics’ Choice Television Award, TCA Award, Screen Actors Guild Award and Golden Globe Award for Outstanding Lead Actress for her work in the series.

She made her professional acting debut with an off-Broadway production of “Talking Pictures” by the American playwright Horton Foote. She was just 12 years old when she performed in this play.

Paulson has been actively involved in various charities over the course of her career. On the occasion of her 35th birthday, she launched a project in collaboration with Charity Water foundation to provide clean water to a community in Ethiopia.

Sarah has two tattoos, one on her back neck featuring stars and starburst, and another on her right foot featuring a starburst.

At the age of 25, she was diagnosed with melanoma on her back. However, it was successfully removed before cancer could spread.

Talking about her homosexuality nature, Paulson stated: “The situation is fluid for me.”