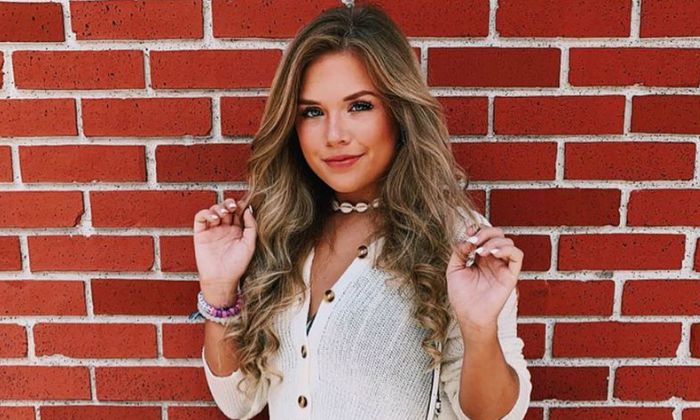 Sarah Graysun is an American singer, actress and social media personality who is probably known for her lip-sync videos and cover songs on the app TikTok. She fell in love with music and acting at a young age and found early success through social media, thanks to her impressive covers and lip-sync videos. She cultivated a huge following on TikTok by posting covers of other artists, where she has more than 3 million fans. Amounting to little under a dozen videos on YouTube, mostly covers and challenges, Sarah has managed to earn over 50k subscribers to her channel. Sarah dropped her debut single “I’m Busy” in 2019, which is available on several music streaming sites.

Sarah Graysun was born on the 18th of January 2001, in the state of Ohio, United States of America. She is currently 20 years old.

Unfortunately, very limited information is available about her family but she is the youngest among three children in her family. She grew up alongside her two older brothers and a younger sister, who her parents adopted from South Korea.

The very information about her parents, including their names, profession, and background are currently unknown. You can see her parents and brothers featuring in her videos and Instagram posts. Regarding her educational background, she hasn’t revealed that aspect of her life, however, she has performed in several musicals in high school.

Talking about her romantic aspect of her life, the stunning blonde is believed to be single as she never dated anyone publicly nor shared the details of her boyfriend to the media. It appears that the muti-faceted is quite reluctant to talk about her private life and prefers to keep it away from the spotlight.

She earned her first acting gig in the feature film “The Saints of the Rue Scribe” in 2019. Directed by Angel Katherine Taormina, she plays the role of Giulia DiBallo in the movie, which is scheduled to release in the second half of 2019.

Sarah released her debut single “I’m Busy” on digital platforms in 2019, which is available for streaming on multiple platforms, including YouTube and Spotify.

Sarah Graysun developed an interest in acting and singing at a very young age and appeared in musicals at local theaters and her high school productions. She joined TikTok, a short video uploading app, in 2018 and she quickly gained an impressive amount of fans, thanks to the cover of Demi Lovato‘s “Neon Lights” song.

Since then, she has uploaded a lot of covers and lip-syncs to popular songs on her TikTok account, which has over 5.3 million fans.

She began performing in musicals at local theatres at a tender age of six.

She was a competitive cheerleader and won a vocal national title.

Sarah launched her channel on YouTube in 2014 but her first video was uploaded only in 2018.

She loves challenges and the videos on her YouTube channel mostly comprises of it.

American singer and actress Demi Lovato is her favorite singer.

She has a cute dog which often features in her videos.