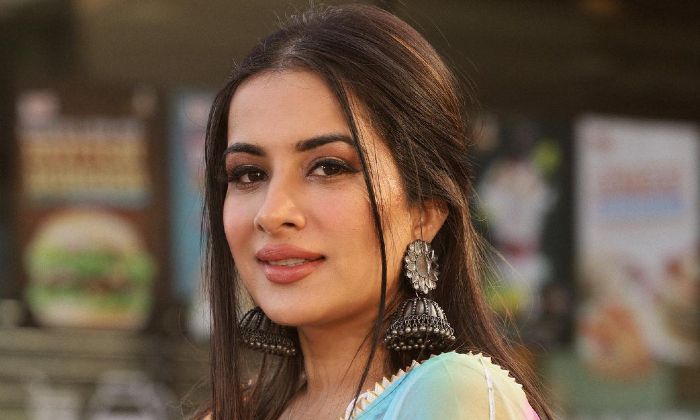 Who is Sara Gurpal?

Born and bred in Chandigarh, Sara Gurpal is a model, actress, and singer who gained national popularity after appearing on Bigg Boss 14, a relaity TV show hosted by Bollywood actor Salman Khan. She embarked on her professional career appearing in music videos starting with Ranjit Bawa’s Jean in August 2014. Since then she has worked with several musicians featuring in numerous music videos, mostly Punjabi songs, including the likes of Ranjit Bawa, Happy Raikoti, Dilpreet Dhillon, SukhE, and others. Sara has appeared in movies such as Manje Bistre, Dangar Doctor Jelly, and Gurmukh – The Eyewitness. Her popularity can be attributed to her presence on social media where she has garnered millions of followers across Instagram, Facebook, and Twitter.

Sara Gurpal is the daughter of Bhir Singh and Satish Kaur. She grew up in Chandigarh where she attended D.A V Public School and then joined NIIFT in Mohali from which she majored in Fashion Technology.

For her personal life, Sara Gurpal was married to Tushar Kumar, a Punjabi singer based in the US. The couple got married on August 16, 2014 but they split three years later in 2017. However, according to Tushar, they aren’t divorced yet.

Why is she so famous?

Sara started her career professionally when she won miss Chandigarh in 2012. She followed it up with Rubaru Miss India Elite in 2013 and was named the Rubaru Miss India’s Best Personality for the year 2013.

The following year, she appeared in the music video of Ranjit Bawa’s hit song Jean and has since appeared in several music videos such as 7 Knaalan, Gunday No. 1, Bullet Vs Chammak Challo, Jaan, and Jaguar.

In 2017, she released her debut song entitled Lagdi Att and has been proactively releasing new songs. Her acting debut came with the film Manje Bistre that same year where she played the role of Bholi. Her other acting credits include Dangar Doctor Jelly and Gurmukh – The Eyewitness.

Sara Gurpal found huge success in 2020 when she was appeared on the controversial hit reality show, Bigg Boss, hosted by Salman Khan.