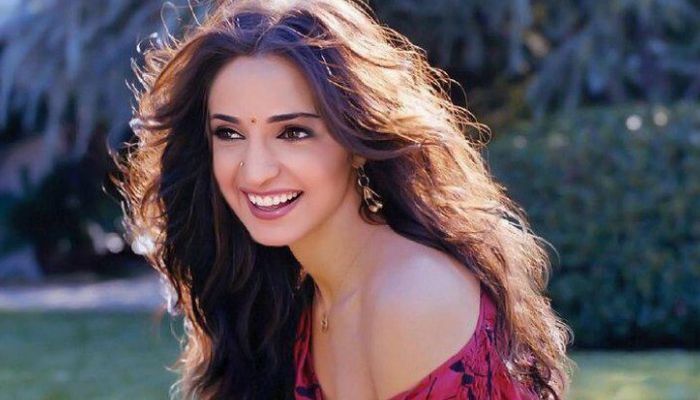 Who is Sanaya Irani?

Sanaya Irani is a popular Indian actress, model, and television host probably best known for her recurring roles as Khushi Kumari Gupta in “Iss Pyaar Ko Kya Naam Doon?” and Gunjan Bhushan in “Miley Jab Hum Tum”. Within a span of a few years, she attained immense popularity and fame amongst the Indian audience. Irani has received several awards including 2 Indian Television Academy Awards, 2 Star Parivaar awards, and 3 Zee Gold awards. And, She is the only TV actress to be featured in the ‘Forty Most Beautiful Women’ by People magazine.

Sanaya was born on the 17th of September 1983, in Mumbai, Maharashtra, India. She is currently 37 years old.

While not much is known about her family and her childhood, she grew up along with her sister Kashmira Irani and brother, whose identity is not disclosed.

Sanaya received her primary education from a Boarding School in Ooty, where she spent seven years over there. She graduated from Sydenham College in Mumbai. She intended to pursue an MBA, but she had to leave behind her dreams as she got offers from the film industry.

Irani started dating her co-star Mohit Sehgal in 2008. They worked together in a television serial and love blossomed between the two. She married him on 25 January 2016, in Goa.

She made her acting debut in the 2006 film Fanaa as Mehbooba.

In 2007, she played the role of Cadet Sameera Shroff in a television show, Left Right Left. She is famous for her portrayal of Gunjan Bhushan in a youth show, Miley Jab Hum Tum.

Sanaya Irani is a hit on Instagram with over 2.5 million strong followers. She’s also on Facebook, where she has nearly 2 million followers.

Sanaya Irani began her professional career as a model, and during this time, she walked the ramp for famous designers and endorsed several brands.

Her first photo-shoot was done by Actor Boman Irani when he was a photographer.

Eastern Eye magazine featured her in their “50 Sexiest Asian Women” list in 2012 in 2014, respectively.

She has three pets – Tia, Spider and Kaliya.

She has worked with top-notch names in Bollywood like Priyanka Chopra, Shah Rukh Khan and Amitabh Bachchan in commercials.

In 2017, Irani participated in the dance show Nach Baliye 8 with her husband Mohit Sehgal.