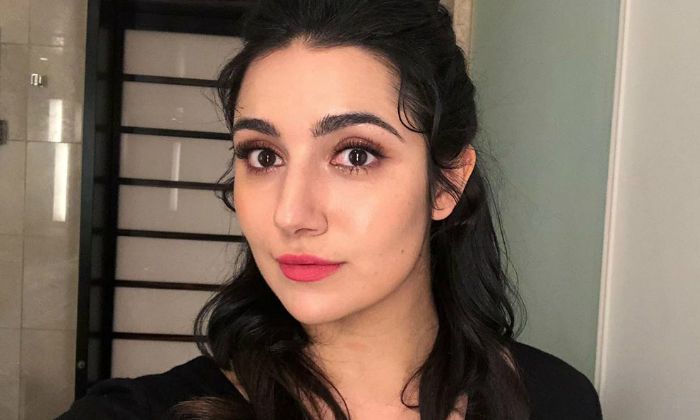 Who is Safiya Nygaard?

Safiya Nygaard is a passionate YouTuber, actress, comedian, and social media personality from Santa Clara, California, who has been at the Internet game for a long time. She first caught the spotlight while working for the digital media company BuzzFeed. She spent two years there working as a video producer, and during her stint, she co-created several shows, including the popular Ladylike series.

Safiya quit her full-time job to pursue her dreams. Shortly after, she launched her self-titled YouTube channel, which has now grown to a popular beauty and makeup channel, catering to the needs of nearly 9 million subscribers. Safiya has achieved huge success at such a young age with millions of people following her on different social media platforms. Besides all her accomplishments as an independent vlogger, Safiya is also known for her work on TMI Hollywood (2012), Bitch Please (2015), and Escape the Night (2016). From her passion for her work to her desire to serve as an inspiration to women, she forges her own path and does it her own way.

Safiya Nygaard was born on the 16th of July 1992, in Santa Clara, California, United States of America. She is currently 27 years old.

Speaking about her family, there’s very limited information regarding her parents and siblings nor has she revealed anything about them. Her mother is an Indian named Mumtaz Nygaard while her father is Danish. She has a younger brother, Adil Nygaard.

Safiya attended and graduated from Whitney M. Young Magnet high school in 2010, where she participated in the Young Company and CPS Advanced Arts Education Program in Theater Arts.

She later attended Stanford University and graduated with her bachelor’s degree in drama and English in 2014. While studying there, she earned a few acting gigs in theater productions of Cat on a Hot Tin Roof, Les Liaisons Dangereuses, and The Crucible

Safiya Nygaard has been in a relationship with her college sweetheart and YouTuber, Tyler Williams, since 2015. They knew each other right from their college days, but they weren’t dating then. They began dating after they met in Los Angeles in late 2014 after graduation. Tyler is also a popular YouTuber and an entrepreneur, who runs a company called Nexbeat (a platform for video creators).

Tyler proposed to her with a black diamond ring on their first date to Disneyland and they go to Disneyland every year to celebrate their anniversary. The couple announced that they got engaged in December 2018. Safiya and Tyler got married on November 9, 2019.

Safiya has always been a fan of pop culture and developed an interest in arts and theatre at a young age. As far as her love with the theatre, she worked as a Library intern at Victory Gardens Theatre while at Standford. She was also a sales assistant at Abercrombie and Fitch.

She created her self-titled YouTube channel in November 2011 but posted her first video titled ‘Safiya Nygaard Demo Reel 2014’, in December 2014, which is a compilation of her acting from stage productions. Safiya wrote, directed, and produced a web series called Tiger Dad Comedy after graduating from college which was very successful in its time.

Safiya Nygaard joined Buzzfeed as a video production intern in April 2015. She was promoted to a full-time video producer in October that year. She was involved in creating video content for the brand as well as promoting the BuzzFeedYellow YouTube Channel. Her most significant work during her time there was ‘Ladylike’, a new series that she co-created with Fredricka Ransome. She left Buzzfeed in January 2017 to begin her new journey as a fulltime YouTuber.

She soon followed up with weekly makeup tutorials, beauty, and lifestyle videos. Her channel started to gain momentum with her videos earning tons of views for each. Her channel has since grown to a strong 9 million subscribers. You can find videos related to fashion, beauty, makeup, food adventures, travel, challenge videos, lifestyle, and many more.

There’s no exact information on Safiya Jaffer’s net worth but some media portals estimate her net worth around $500, 000.

She is an avid Harry Potter fan.

She has a fear of bodycon dresses as she never likes being exposed in public.

On March 19, 2017, six months after quitting Buzzfeed, Safiya Nygaard posted a video titled “Why I Left Buzzfeed” explaining her fans the reasons why she left the company. She realized that she’s being controlled to some extent and lacked some sort of freedom.

She has made a ton of video collaborations on her channel with fellow YouTube artists such as Shane Dawson, Simply Nailogical, ThreadBanger, Wengie, Jessie Paege, and Natalies Outlet.

In 2015, Nygaard made her small screen debut in an episode titled He’s a Bird-Man! of the comedy series TMI Hollywood.

Her self-titled YouTube channel has earned over 8.1 million subscribers and over 1 billion video views.

She has a cat named Crusty.