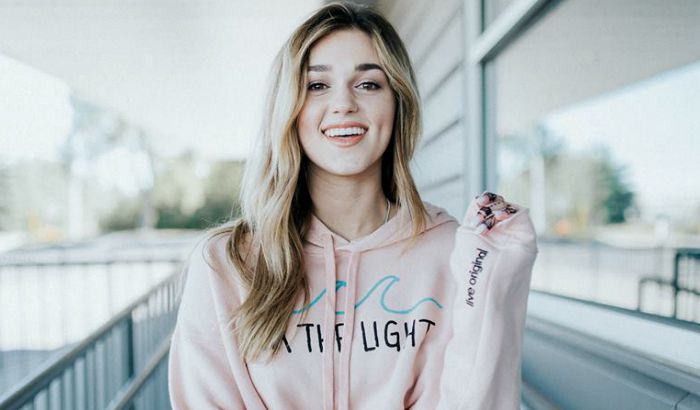 Who is Sadie Robertson?

Sadie Robertson is an American singer and actress best known for her appearance on A&E’s reality show Duck Dynasty from 2012 to 2017. In 2014, she appeared as a contestant on Dancing with the Stars. She’s already popular in the industry for being the granddaughter of Phil Robertson, founder of Duck Commander.

Sadie Robertson was born on the 11th of June 1997, in West Monroe, Louisiana, United States of America. She is currently 23 years old.

Robertson graduated from Ouachita Christian School in Monroe, Louisiana in 2016.

Sadie Robertson is dating her boyfriend Christian Huff from 2018. She got engaged to her less than nine months boyfriend on June 9, 2019. The couple got married on November 25, 2019.

She had previously dated Blake Coward from 2014 until 2016. They both first met at a football match and love-struck between the two. She then dated A&M quarterback Trevor Knight and Beau in her high school in 2016 and actor Austin North in 2018.

Robertson first starred in the 2016 drama film God’s Not Dead 2 as Marlene.

She first appeared in her family reality TV series Duck Dynasty as herself in 2012.

She achieved stardom status when she participated in the popular television reality show, Dancing with the Stars and also for her appearance as herself in the A&E’s series Duck Dynasty.

She has accomplished a net worth of $0.8 million US dollars. Most of her wealth comes from modeling and acting. She carried away her entrepreneurial spirit of her family into multiple business ventures, where she associated with fashion designer Sherri Hill on her own “daddy-approved” prom dress line, Live Original.

Being born in a family of television stars, it’s not surprise for having acting as her passion.

She leads her life with her own philosophy of “Live Original”.

Sadie Robertson was interested in athletics and an accomplished basketball player.

In 2014, she appeared in the season 19 of reality dancing competition Dancing with the Stars, where she was partnered with choreographer Mark Ballas. She finished second in the show.

She would like to remain virgin until her marriage.

After gaining fame from television career, Sadie simultaneously began to increase her online presence, where she created her own YouTube channel, ‘Sadie Robertson’ (formerly The New Different).

In 2018, she released a sequel to her first book “Live Original” called Live Fearless.