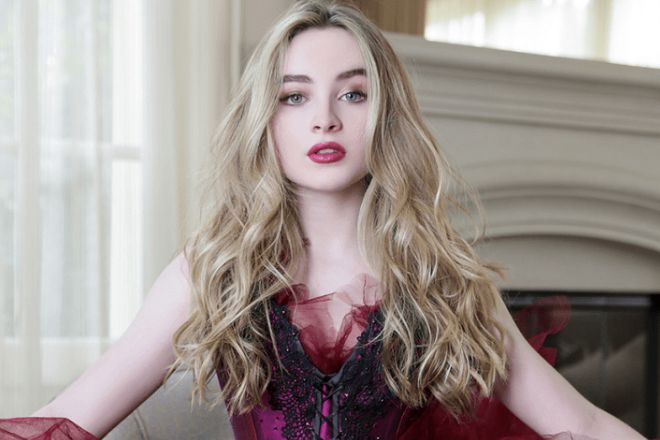 Who is Sabrina Carpenter?

Sabrina Carpenter is a young and successful American actress, singer and songwriter best known for her starring role as Maya Hart in the Disney Channel series “Girl Meets World”. She had a recurring voice role as Princess Vivian on Disney’s “Sofia the First”. She is also providing voice to the main character Melissa Chase on Disney XD animated TV series “Milo Murphy’s Law”. Her first EP titled “Can’t Blame a Girl for Trying” was released in 2014, followed by the albums Eyes Wide Open and Evolution, which were released in 2015 and 2016, respectively.

Sabrina Carpenter was born on the 11th of May 1999, in Lehigh Valley, Pennsylvania, United States of America. She is currently 20 years old.

Sabrina has never revealed anything about her love life to the media, but according to tabloids, she had dated Bradley Steven Perry, Uriah Shelton and Corey Fogelmanis at some point of her life.

Sabrina Carpenter earned her first acting role in 2012, playing the role of Brittney in an American comedy film, “Noobz”.

Sabrina made her television debut as a guest star in police procedural drama series “Law & Order: Special Victims Unit” for her role as Paula in an episode titled “Possessed” in 2011.

Sabrina released her debut EP, “Can’t Blame a Girl for Trying” on April 8, 2014, via Hollywood Records. The song peaked at number 16 on the US Heat.

Sabrina is best known for playing the lead role as Maya Hart in the coming of an age TV sitcom, a Disney Channel series Girl Meets World from 2014 to 2017.

She was seen in Miracle Whip commercial.

Sabrina’s net worth is estimated to be $4 million dollars. She currently resides in California.

Sabrina won third price in a singing contest run by Miley Cyrus, “The Next Miley Cyrus Project” with the rendition of “Makes Me Wanna Pray” song by Christina Aguilera.

She is good friends with her Girl Meets World co-star Rowan Blanchard.

Her favorite super hero is Chloe’s character from “Kick-Ass”.

Sabrina was just 12 years old, when she signed her first project.

She had a recurring role on the Fox series The Goodwin Games and appeared in a 2013 episode of Orange Is the New Black.

She cites Christina Aguilera and Adele as her biggest musical influences.

Sabrina is the niece of actress Nancy Cartwright.

She is allergic to apples.

She is a ballet dancer.

Carpenter has starred in the film The Hate U Give, based on the novel by Angie Thomas, which is slated to release in 2018.