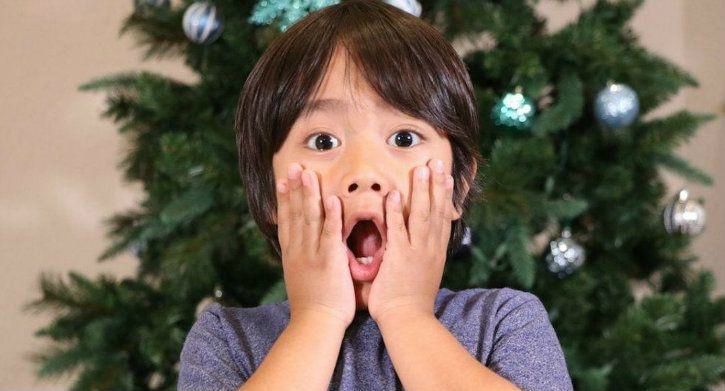 Who is Ryan Kaji?

Ryan Kaji is a popular child YouTuber from American who runs one of the world’s most popular YouTube channel called ‘Ryan ToysReview’. Fascinated by toys and other child reviewers on YouTube, Ryan started his own channel when he was three years old and started making toy review videos, and of course, he is being helped by his family. His channel is one of the most popular and successful channels on the platform, and in fact, it is the third most viewed channel. According to Forbes, Ryan tops the list of highest-paid YouTube stars, raking in $22 million between 2017 and 2018.

Ryan Kaji was born on the 6th of October 2010 in Texas, United States of America. He is currently 9 years old.

Ryan is the oldest child of parents Loann and Shion Kaji. He has two younger identical twin sisters, Kate and Emma.

Since he is a popular kid out there, and already being a multimillionaire, he must be taking lessons through homeschooling.

Ryan Kaji is too young to be involved in a relationship.

Ryan is just an eight-year-old lad and the body specs mentioned here are just mere speculations.

Just like any other kid, Ryan loves playing with toys and watching videos on YouTube. His favorite kid’s YouTubers are EvanTubeHD and Hulyan Maya.  When he was three years old, he asked his mom, why he was not on YouTube, and soon after, his parents decided to capture the moment he’s playing with new toys and upload it to YouTube. They created a YouTube channel under his name “Ryan ToysReview” in March 2015. His first video titled ‘Kid playing with toys Lego Duplo Number Train” was uploaded on March 16, 2015, featuring him exploring a toy store, buying a toy, and playing with it after his arrival back home.

His videos started to rake in views in subscribers and over time, his channel became one of the most commercially successful channels of all time with over 17 million views and 25 billion video views. It is also the third most-watched YouTube channel as well as one of the top 100 most subscribed channels on the social platform.

There’s no exact information about his net worth, however, according to the media, his net worth is estimated to be over $25 million. According to Forbes, Ryan was the 8th highest-paid YouTube star, having brought in $11 million in revenue between 2016 and 2017. In 2018, he was listed as the highest-paid YouTuber bringing in $22 million of revenue from his videos and his product line at Walmart.

Ryan is a popular toy reviewer on YouTube of all time. Most of his videos are of unboxing type, in which he opens up toys and playing with it.

His family also has a secondary channel called “Ryan’s Family Review,” which was created on November 20, 2016. The channel has amassed more than 3 million subscribers as of November 2018, in which they post their family videos featuring Ryan, his younger identical twin sisters Emma and Kate, and his parents.

In 2017, Ryan’s parents signed a deal with pocket.watch, a startup children’s media company founded in 2016, which is responsible for marketing and merchandise for Ryan’s YouTube channels.

Ryan launched his own line of toys “Ryan’s World, ‘ in cooperation with pocket.watch and Bonkers Toys at the Toy Fair 2018 in New York. The exclusive range of toys is available at Walmart, Target, and Amazon.

According to Forbes, he made a whopping $22 million between June 2017 and June 2018 before tax and other fees. Since he is a minor, 15% of his entire earnings are funneled into the Coogan account, which is protected until he becomes a legal adult.

According to Ryan ToysReview’s channel bio, most of the toys that are used for review are being donated to a local charity.

In July 2019 Ryan was honored as the social media influencer of the year at the IMCX -Influencer marketing conference & expo in Los Angeles, California.