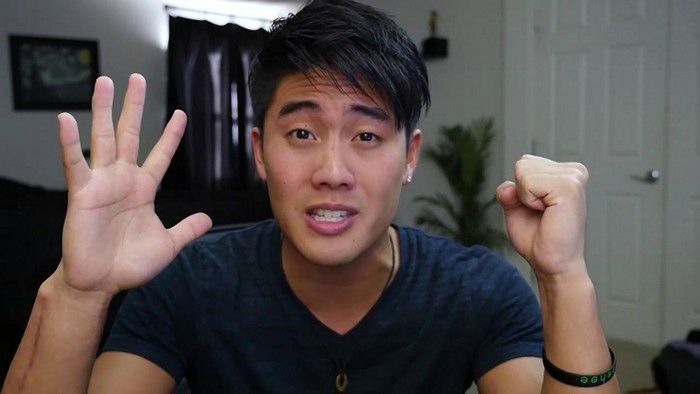 Who is Ryan Higa?

Ryan Higa, best known by his online name “NigaHiga” is an American YouTube personality, actor and comedian. He rose to fame through his hilarious YouTube videos, which has more than 21 million subscribers as of November 2017. His popularity on social media earned him film offers. He holds the record of being the first YouTuber to accumulate 3 million subscribers and remained as the most subscribed channel on YouTube for 677 consecutive days from 2009–2011, longer than any other channel besides PewDiePie.

Ryan Higa was born on the 6th of June 1990, in Hilo, Hawaii, United States of America. He is currently 29 years old.

Ryan Higa is the youngest child of parents, Wendell Higa and Luci Higa. He has an older brother named Kyle Higa.

Higa attended Waiakea High School in his hometown from where he graduated in 2008. He then joined the University of Nevada in Las Vegas to study nuclear science.

Ryan Higa is dating model and actress Arden Cho since 2015. He was previously in a relationship with fellow YouTuber Tarynn Nago between 2006 and 2010

In 2006, Ryan Higa along with his friends Fujiyoshi, Enos, and Nago launched their YouTube channel, “nigahiga” and began posting lip syncing videos of popular songs. They instantly acquired attention amongst the internet users and soon became the talk of the town.

It was not long before they garnered fame, their YouTube account was temporarily suspended owing to copyright issues. Then, they removed all of the lip syncing videos and started making own musical and comical videos. Since then, Higa became unstoppable, and his YouTube channel reached over 3 million subscribers becoming the first ever channel to do so. His channel has amassed more than 21 million subscribers and over 3 billion views as of November 2017.

His second YouTube channel, “HigaTV” was created in 2011, which has more than 4.9 million subscribers until November 2017.

Ryan made his first onscreen appearance with the comedy movie, Ryan and Sean’s Not So Excellent Adventure in 2008.

In 2007, Ryan appeared in the comedy TV series NigaHiga as himself. He appeared in 16 episodes until 2010.

Higa achieved immense popularity through different social media platforms, particularly by posting videos on YouTube. Ryan Higa has garnered a net worth of $10 million US dollars. Most of his wealth results from YouTube ad revenue, brand endorsements, acting, stage performances, and many others.

After attaining fame and recognition, Higa launched his own production company called Ryan Higa Production Company in 2012 to explore different areas of work.

According to Higa, his channel name is a combination of “Niga”, which means “rant” in Japanese, and his last name, “Higa”

Growing up, he was trained in judo and over the years, has managed to gain black belt position in this martial arts form. And, also a competitive wrestler.

In 2012, Higa helped form the YOMYOMF Network, which hosts the online video-making talent competition, Internet Icon, of which he served alongside Christine Lakin and Timothy DeLaGhetto as main judges.

His popular comedy videos include “How to be a Gangster”, “The iPod Human”, and “Nice Guys”.