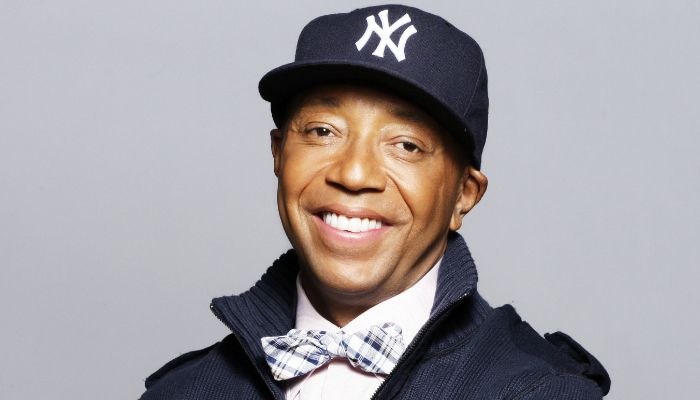 Who is Russell Simmons?

Russell Simmons is one of the most influential personalities in the entrepreneurial world of today, who has brought music talents to mass audiences through his hip-hop recording company, Def Jam Recordings. He has done extensive works in the field of hip-hop and the most renowned face of the genre. The multifaceted personality is also a producer,  entrepreneur, and author. Apart from establishing a realm of music, Simmons owns a dozen of several other business ventures including a clothing line that fuels his immense net worth.

Russell Simmons was born on the 4th of October 1957, in Queens, New York, United States of America. He is currently 62 years old.

Simmons graduated from August Martin High School in 1975 and then attended the City College of New York in Harlem.

In 2014, he was felicitated with an Honorary Doctorate Degree in Humane Letters for promoting mindfulness, compassion and interreligious collaboration in the public sphere, from Claremont Lincoln University.

He categorise himself as a Christian Yogi. He practices a method of Yoga known as Jivamukti Yoga, which encourages vegetarianism and social and environmental activism.

During his college days, Simmons happened to meet young DJ/Bboy, Kurt Walker, where he was fascinated by the crowd going crazy for the hip-hop music. That moment, he decided that hip-hop is his destination and in 1983, he along with his friend, Rick Rubin founded the record label Def Jam Recordings. Soon after, the label signed several artists realizing their hip-hop. Of course, his record label is behind the success of today’s leading musicians.

Def Jam shortly became one of the most successful hip-hop labels of that time. Simmons, expanding his business portfolio, launched his own line of clothing for men called “Phat Farm” in 1992. Then, he also launched a kid’s clothing line, “Baby Phat”. His other successful venture, Rush Communications, is involved in film production, sportswear, and advertising.

Over the years, Simmons has produced many television series such as Def Poetry Jam and Def Comedy Jam and films such as Krush Grove and The Nutty Professor. As of now, Rush Communications handles ten businesses. He co-founded UniRush Financial Services with Unifund Corp and came up with the RushCard debit cards.  He also co-founded All Def Digital, a media company that focuses on music and youth culture.

In 1985 Russell Simmons co-produced and appeared in the film, Krush Groove.

Russell Simmons has an estimated net worth of $340 million as of 2019. He impressive net worth results form his various business endeavors that range from entertainment to fashion.

Simmons lives in a 6,000 square foot luxury mansion located in Los Angeles, which features five bedrooms, a zen garden, and a collection of art pieces and symbols of different religions.

In 2011, Simmons published his book titled, ‘Super Rich: A Guide to Having It All’, which was written as a guide to achieving much abundance and wealth.

In 2002, he produced the HBO television series, ‘Def Poetry’, which featured performances by well-known poets. The show also gave a platform to young talents in the field of poetry.

He won the 2009 NAACP Image Award for ‘Excellence in media’.

He has launched many hip-hop artists to the world of music through his recording label.

In May 2009, he was appointed Goodwill Ambassador for the UN Slavery Memorial at the United Nations to honor the victims of slavery and the transatlantic slave trade by UN Secretary-General Ban Ki-moon.

Russell Simmons has been vegan since 1999 and advocates Ahimsa and veganism, citing animal rights along with the environmental and health benefits.

Simmons became Chairman of the Board of the Foundation for Ethnic Understanding in 2002.

He is a huge supporter of LGBT rights.

He writes for Huffington Post and is also editor-in-chief of GlobalGrind.com, a website that reviews the world of hip-hop.

In 2017, Simmons was listed by UK-based company Richtopia at number 23 in the list of 200 Most Influential Social-Entrepreneurs and Philanthropists Worldwide.

He has written many books, including his biography Life and Def: Sex, Drugs, Money, + God, published September 24, 2002.

In late November 2017, Russell Simmons was accused of charges of sexual assault by Keri Claussen Khalighi when she was 17 in 1991. He was then 33 years old. But, he denied those charges citing it was non-consensual.