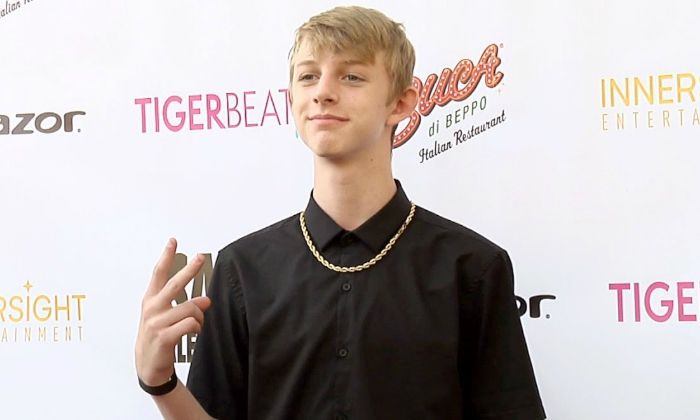 Who is Rush Holland Butler?

Rush Holland Butler is an American social media personality and Instagram star who enjoys quite a decent following across social media platforms. His sister, Brooke Butler, is already a popular singer and TikTok star. Rush has also appeared in the YouTube series ‘Chicken Girls’ along with his sister and fellow internet sensations Annie LeBlanc, Carson Lueder, Hayden Summerall, Madison Lewis, and many others.

Rush Holland Butler was born on the 4th of September 2004, in Malibu, California, United States of America. He is currently 16 years old.

Speaking about Rush’s family background and childhood, there’s very limited information available about his personal life. His mother, Nicole, owns a hair product company called Rock Your Hair. His step-father, Michael O’Rourke, is a hairstylist. He has five siblings, including his older sister, Brooke Butler, who is also a social media star and a singer. Information regarding his education has not been made public.

Speaking about his personal life, not much is known about Rush’s romantic connections. He has mentioned that he’s not been in a relationship currently because he isn’t ready for it.

He’s quite already a popular name in the internet space, thanks to his massive fan following. His Instagram handle currently has more than 460,000 followers which feature pictures and videos of him and several other social media stars including Annie LeBlanc, Carson Lueders, Logan Paul, HRVY and Hayden, and Dylan Summerall.

Rush’s energetic and fun-filled videos on the platform TikTok are also popular.

As a social media star, Rush Holland has endorsed a number of brands including NFL Play Football, Selfie Made, and Squeezamals.

He developed an interest in performing arts at a very young age. He used to take part in various stage plays and school productions right from his childhood.

Rush was not even in his teens when he began posting pics and videos to his Instagram account.

His older sister Brooke is his biggest inspiration and role model. They both have featured together in many videos.

Rush is also a part of his family band called ‘RockYourHair,’ which often conducts tours and stage shows.

He is a junk foodie.

He played basketball, golf, and lacrosse as a pre-teen.

Celebrity hairstylist Michael O’Rourke is his step-father, who runs such companies as Sexy Hair and Rock Your Hair.