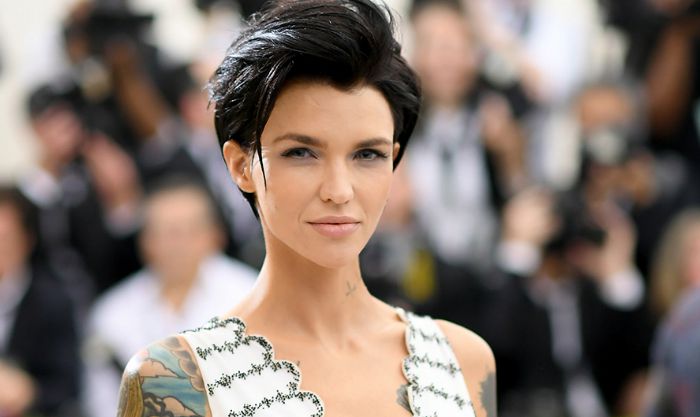 Who is Ruby Rose?

Ruby Rose was born on the 20th of March 1986, in Melbourne, Victoria, Australia. She is currently 33 years old.

Ruby Rose is the daughter of Katia Langenheim, a single mother, and artist. There is no word on his father. She cites her mother as one of her role models.

Ruby Rose dated singer Jessica Origliasso of The Veronicas fame from 2016 to 2018. They also previously dated in 2008.

In 2013, Ruby Rode first landed a supporting role in the Australian drama film, Around the Block, alongside Christina Ricci and Jack Thompson.

From 2007 to 2001, Ruby worked as a VJ in  MTV Australia and later on went on to appear in several shows and series including Australia’s Next Top Model, The Project, Ultimate School Musical, Orange Is the New Black, and Lip Sync Battle.

Ruby is best known for her role as Stella Carlin on Netflix comedy drama series “Orange Is the New Black’. She became very popular with the series that won her a Screen Actors Guild Award for Best Ensemble in a Comedy Series.

Rose has been the face of  Urban Decay Cosmetics since March 2016. She has appeared in commercials for Nike. She is the face of Maybelline New York in Australia.

Rose has an estimated net worth of $2 million. She makes money from modeling, acting, brand endorsements, television appearances and other business activities.

She was raised by a single mother. She spent most of her childhood living in rural Victoria, Tasmania, and Surfers Paradise before finally settling in Melbourne.

Rose started her career as a model and later transitioned to acting in 2008.

In 2002, Rose joined the Girlfriend model search, which brought her to the media spotlight.

Rose won the ASTRA Award for Favourite Female Personality in 2009.

In 2010, she joined hands with the Australian fashion label Milk and Honey to design a capsule fashion line.

She has made it to the covers of several renowned magazines, including Vogue Australia, InStyle Magazine, Marie Claire Magazine, Cleo, Cosmopolitan, Maxim, Nylon and New York’s Inked Magazine.

Being lesbian, Ruby Rose had suffered verbal taunts and physical abuse from her schoolmates and was also sexually abused as a child by a relative.

She has over 30 tattoos inked on her body.

She suffers from bipolar disorder and clinical depression.

In 2018, she starred as Kate Kane/ Batwoman in the TV series The Flash, Arrow and Supergirl.

She describes herself a gender fluid lesbian.

In 2019, she began playing the role of Kate Kane / Batwoman in the superhero television series, Batwoman.