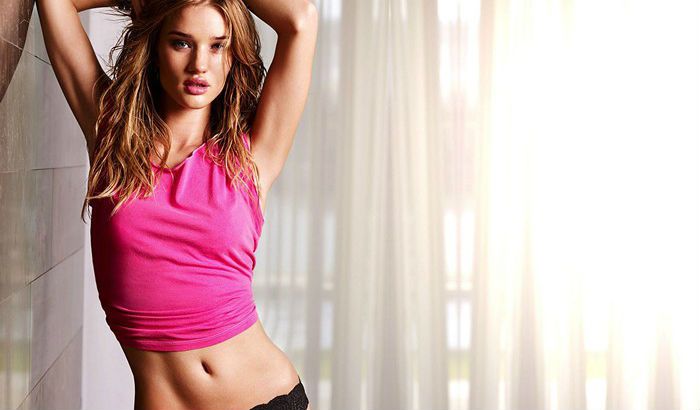 Who is Rosie Huntington-Whiteley?

Rosie Huntington-Whiteley is an English model and actress best known for her work for the world’s renowned lingerie retailer Victoria’s Secret, and being one of their Angels. She is one of the most recognizable faces in the International fashion realm. She is also widely known for being the face of high-profile brands like Burberry.

Rosie was born on the 18th of April 1987, in Plymouth, Devon, England, United Kingdom. She is currently 32 years old.

Olivier Martinez (2009-2010): Supermodel Rosie began dating French actor Olivier Martinez from November 2009 after they met at Victoria’s Secret Fashion show. She was 21 years younger than him. They ended their relationship in February 2010.

Jason Statham (2010-Present): Rosie began dating fellow English actor, Jason Statham from April 2010. Jason was 20 years older than her. The couple got engaged in January 2016. They welcomed their son, Jack Oscar, on 24 June 2017.

She first walked the runway for Abercrombie & Fitch at the Spring 2004 – New York City.

Rosie Huntington-Whiteley made her debut with the 3rd instalment of Transformers franchise, Transformers: Dark of the Moon.

Rosie Huntington-Whiteley Net worth is estimated to be $16 million dollars as of 2017. Being one of the influential celebrities in entertainment, Rosie was ranked #5 on Forbes’ World’s Highest-Paid Models with an estimated revenue of $9 million. The model rakes in millions of dollars by hitting the runway for major designers and popular fashion houses. Her lucrative endorsement deals adds up to her net worth who enjoys a very convenient lifestyle.

The English beauty was spotted driving around in her metallic black Audi S5 Cabriolet, which features a turbocharged 3000cc V6 petrol engine that produces 333bhp of power. The S5 can accelerate from standstill to 100 kmph in just 5.2 seconds.

Rosie Huntington-Whiteley and her husband Jason Statham loves to take out her metallic black Audio S8 on long chill out drives. The S8 costs $150,000 and is equipped with a 4000cc V10 petrol mill that generates 520bhp of power. It just takes 4.2 seconds to cruise at 100 kmph from zero which can reach up to the top speed of 250 kmph.

The couple lives in an expensive and luxury Beverly Hills mansion, worth $12.9 million dollars. The 5,600 sq-feet two-story house features five bedrooms and eight bathrooms and all the amenities that you can imagine.

The budding model and one of the highest-paid models in the world, Rosie Huntington-Whiteley is quite popular on social media. She never shy to amass her fans with her glamours photos. Follow her on:

She has featured on the covers of reputed magazines like  Harper’s Bazaar, GQ, LOVE, Vogue, and Elle amongst others. Huntington-Whiteley has also posed nude for the Pirelli calendar in 2010.

Rosie rose to celebrity status after walking the ramp for Victoria’s Secret Fashion Shows and instantly caught the attention of fashionista.

She has starred in a couple of Hollywood movies, played the lead role in action sci-fi film Transformers: Dark of the Moon, replacing Megan Fox.

Huntington-Whiteley portrayed the character of The Splendid Angharad, one of the Five Wives of the warlord Immortan Joe in Mad Max: Fury Road.