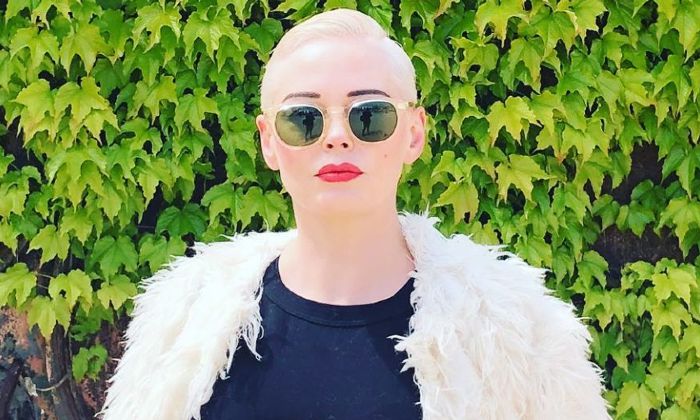 Who is Rose McGowan?

Rose McGowan is an Italian-born American actress, singer, and author probably best known for her role as Paige Matthews in The WB supernatural drama series Charmed. She achieved mainstream popularity with a starring role in Gregg Araki’s dark comedy The Doom Generation and continued to appear in several high-profile movies such as The Doom Generation, Scream, Going All the Way, Devil in the Flesh, Jawbreaker, and Grindhouse. She achieved great fame as an actress and made a name for herself in the entertainment industry on her own right.

Rose McGowan was born on the 5th of September 1973, in Florence, Tuscany, Italy. She is currently 47 years old.

Rose McGowan is the second eldest of six children of American parents Terri and Daniel Patrick McGowan. Her father is an artist and ran an Italian chapter of the Children of God, where she spent most of her early life traveling across Europe with her parents.

The family moved to the United States when she was 10 years old, and settled in Eugene, Oregon. She attended Roosevelt High School and Nova Alternative High School and studied ballet as well.

Unlike many others, she had a tough childhood, spending a while as a homeless kid in Portland, Oregon, and moved to Seattle, Washington, to live with her grandparents soon after her parent’s divorce. She also spent some time at the rehabilitation due to drug use before moving to Los Angeles at age 15 to live on her own after she officially emancipated herself from her parents.

Well, this the most interesting aspect of her life as such it attracted a lot of media attention due to her high-profile relationships. McGowan’s first known relationship was with rock musician Marilyn Manson whom she dated for a little more than three years relationship, beginning from 1997. A year later, they became engaged but called it quit in 2001 over “lifestyle differences”.

After that, she entered a relationship with director Robert Rodriguez and this relationship also didn’t go so well, ending in October 2009. The relationship lasted for over two years.

McGowan began dating artist Davey Detail in 2012. The couple tied the knot in Los Angles in October 2013. After three years of marriage life, she filed for divorce in February 2016 citing irreconcilable differences and the divorce was finalized in November 2016.

She has been in a relationship with musician and producer Boots since October 2016.

She made her feature film debut in the 1992 comedy Encino Man starring Brendan Fraser, in which she had a brief role.

Rose’s earned her first professional acting gig in 1990 when she played a character named Suzanne in the “Life With Fathers” episode of True Colors.

Rose’s first major role was in Wes Craven’s 1996 horror-comedy film, Scream. Her outstanding performance as Tatum Riley, one of the many victims of the “Ghostface” killer(s) in the film earned her critical praise and accolades.

In 2001, McGowan played the role of Paige Matthews in the hit WB supernatural drama series Charmed, a role that earned her mainstream popularity. The series is about the trio of sisters (witches) using their combined powers to protect innocent lives from evil beings. She appeared in 112 episodes from 2001 to 2006 alongside Shannen Doherty, Holly Marie Combs, Alyssa Milano, TW King, and Greg Vaughan, among other performers.

As a successful actress, McGowan developed a cult following on her own right, thanks to the versatile roles she played throughout her career. Rose McGowan net worth, as of 2020, is estimated to be around $6 million dollars.

Arguably, she has managed to keep herself in the limelight throughout her career, be it her relationships or the controversies she lands in. Rose has an impressive social following with nearly a million followers on her rosemcgowan Twitter account and nearly 700,000 followers on her Instagram account. Her Facebook page has got over 650,000 followers.

She started off as a child model by appearing on the covers of coveted Vogue Bambini and Italian magazines, thanks to her father’s art contacts in Italy.

She had surgically removed a tattoo of a woman on her right shoulder.

She auditioned for the role of Lisa Rowe in the movie “Girl, Interrupted” (1999), but Angelina Jolie was cast instead.

She contributed to Marilyn Manson’s “Posthuman,” a track on his 1998 album, Mechanical Animals.

Rose McGowan was a guest judge on RuPaul’s Drag Race in 2012.

She appeared on the covers of several magazines, including Maxim, GQ, Rolling Stone and Seventeen.

She is a huge fan of Elizabeth Taylor.

In 2017, she revealed that she was raped by Harvey Weinstein.

She lent her voice to such video games as Darkwatch and Terminator Salvation.

McGowan is good friends with Julie Benz and Rebecca Gayheart.