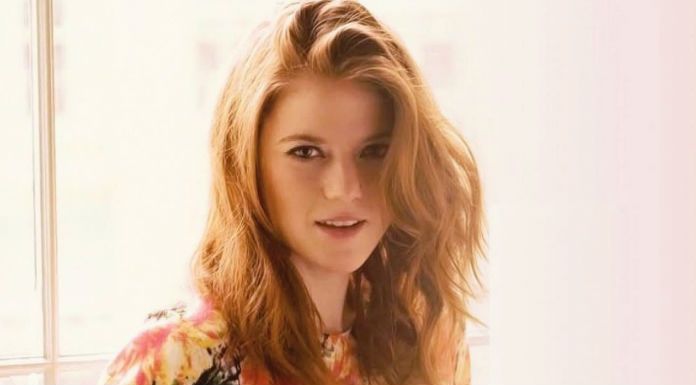 Who is Rose Leslie?

Rose Leslie is an English actress who gained a lot of attention for her portrayal of Gwen Dawson, a housemaid, in the first season of the ITV television drama Downton Abbey. She played Rhian in the television film New Town, for which she won the Scottish BAFTA for Best Acting Performance. She also starred as wildling Ygritte in the HBO fantasy television series, Game of thrones.

Rose Leslie was born on the 9th of February 1987, in Aberdeen, Scotland, United Kingdom. She is currently 33 years old

Rose attended Rayne North Primary School in Aberdeenshire, and then the private school Millfield in Street in Somerset. After graduation, she got enrolled at The London Academy of Music and Dramatic Art (LAMDA), graduating in 2008.

Leslie met Kit Harington on the sets of Game of Thrones and they fell in love with each other soon after. They started dating in 2011, broke-up after two years, and reconciled a year later. They made their relationship official in 2016 and moved in together in 2017. They got engaged in September 2017 and married on June 23, 2018, at Rayne Church in the village of Kirkton of Rayne, Aberdeenshire, Scotland. As of September 2020, the star couple is expecting their first child. She debuted her baby bump for the September issue of U.K.’s Make Magazine.

She debuted in the 2009 television film New Town portraying the role of Rhian. She was awarded the BAFTA Scotland Award for Best Acting Performance – New Talent.

She made her first appearance in television series Locked Up Abroad for her role as Kim in an episode titled “Lima.”

Leslie was best known for portraying the roles of Gwen Dawson in the first series of the ITV television drama Downton Abbey and wildling Ygritte in American fantasy television series, Game of thrones.

Rose Leslie has netted a lucrative salary figure for her roles in the Game of Thrones and other television series, making her one of the richest Scottish actresses in recent times. Leslie net worth is estimated to be $4 Million US Dollars and her salary saw a staggering growth after GOT.

Leslie and Harington have purchased a £1.75 million exquisitely built 15th century home in East Anglia with plenty of bedrooms and bathrooms, a swimming pool, a tennis course, and all amenities that this lovely couple would require.

Leslie is a princess in real life with roots deep in royal legacy. The actress grew up in the 15th century Lickleyhead Castle in the Scottish countryside near Aberdeen. The castle is been with the family for over 500 years.

Her family also owns the 12th-century Warthill Castle in Aberdeenshire.

Rose Leslie once jokingly said that she had a ‘Middle child Syndrome’ and being the family’s only redhead and “the sole ‘ginger’ in a 40-mile radius at school”.

Leslie is scared at velvet because of “the sound it makes.”

Rose is a skilled archer before establishing herself as one in Game of Thrones.

She currently stars as Maia Rindell in the CBS All Access legal drama The Good Fight.

She is very fluent in French as well.

In 2015, she starred alongside Vin Diesel and Elijah Wood in the action fantasy film The Last Witch Hunter and played DS Emma Lane in the BBC detective drama Luther with Idris Elba in the show’s fourth season in the same year.

In 2017, Leslie voiced the female protagonist “En” in the video game Echo, a game by Copenhagen-based game developer Ultra Ultra.