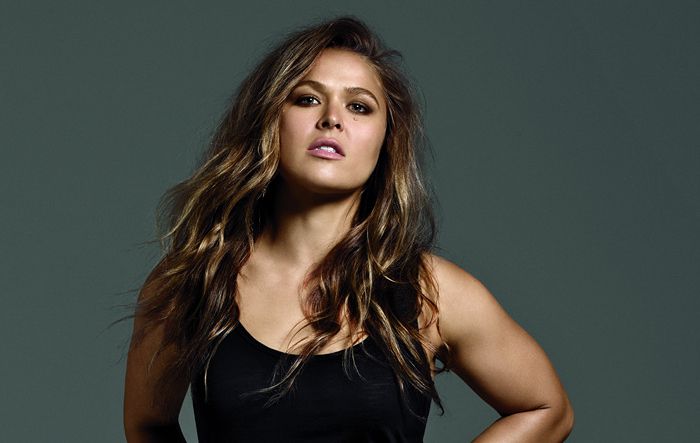 Who is Ronda Rousey?

Ronda Rousey, an undisputed mixed martial arts champion from America, is also an actress and judoka. She was the first American woman to win an Olympic medal Judo at the Summer Olympics in Beijing in 2008. Ranked No.1 among the 50 Most Dominant Athletes Alive in 2015, and the No. 1 pound-for-pound female MMA fighter in the world, Ronda Rousey has established herself as one of the best ever in contemporary mixed martial arts.

Ronda Rousey was born on the 1st of February 1987, in Riverside County, California, United States of America. She is currently 34 years old.

Ronda’s parents’ are AnnMaria De Mars (née Waddell) and Ron Rousey. Her mother is a popular judoka and the first American to win a World Judo Championship in 1984. She has three sisters – Julia DeMars, Maria Burns-Ortiz, and Jennifer Rousey. Her father killed himself in 1995 when she was eight years old.

Ronda obtained her primary education from homeschooling. She then attended the high school in Jamestown, North Dakota but dropped out and later cleared her GED tests which certify her high school-level academic skills.

Rousey began dating  UFC fighter Travis Browne in 2015 and they moved together, which she confirmed in October 2015. The couple became engaged on 20 April 2017 and married on 28 August 2017 in Hawaii. She is stepmother to Browne’s two sons.

Rousey started learning Judo from the age of 11 along with her mother and went on to win a gold medal at the World Junior Judo Championships in Budapest, Hungary in 2004. She won a bronze medal at the 2008 Olympic Games in Beijing, China, making her the first  American to win an Olympic medal in women’s judo since its inception as an Olympic sport in 1992.

Alongside Judo,  Ronda had her practice in Mixed Martial Arts at the Hayastan MMA Academy run by Gokor Chivichyan. She became a deadly MMA fighter when she tore her opponent knee at the age of 16. Rousey also trains at the Glendale Fighting Club, which she was introduced to through Gamburyan and other Hayastan teammates. She trained in Jiu-Jitsu at Dynamix MMA with Henry Akins from 2011 to 2014.

Rousey made her debut in MMA fight in August 2010 where she defeated Hayden Munoz in just 23 seconds. Rousey made her professional mixed martial arts debut on March 27, 2011, at King of the Cage: Turning Point. She submitted Ediane Gomes with an armbar in 25 seconds.

Rousey challenged Tate for her Strikeforce title on March 3, 2012, in Columbus, Ohio. She defeated Tate by submission due to an armbar in the first round, again dislocating her opponent’s elbow, to become the new Strikeforce Women’s Bantamweight Champion.

Ronda Rousey made her debut as Luna in the 2014 Hollywood film, The Expendables 3.

Rousey has an estimated net worth of US$13 million. She makes a fortune from Judo, MMA, Strikewomen, Bantamweight, television host, acting in films, endorsements, and editorial shoots. She owns a lavish Venice beach home in Los Angeles and drives around in her X6 BMW M.

She is the first and the current UFC Women’s Bantamweight Champion, a title she holds since December 2012.

She featured nude on the cover of ESPN The Magazine’s 2012 Body Issue.

Ronda Rousey has graced the covers of Maxim, Australian Men’s Fitness, The Ring magazine, Sports Illustrated Swimsuit Issue, among others.

Her autobiography “My Fight / Your fight” written by her and her sister Maris was published in May 2015.