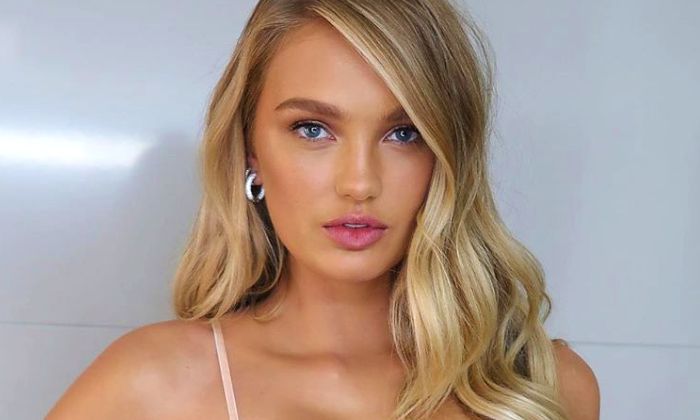 Who is Romee Strijd?

Romee Strijd is a Dutch supermodel, probably best known for her work with America’s lingerie brand, Victoria’s Secret. She started walking in the Victoria’s Secret Fashion Show in 2014 and eventually took the world by storm, thanks to the high-profile runway shows and magazine covers. She has walked for brands like Moschino, Fendi, Chanel, Balmain, Lanvin, Dolce & Gabanna, Alexander Wang, Oscar de la Renta, Carolina Herrera, Isabel Marant, Celine, and Saint Laurent. Romee has appeared in campaigns for Carolina Herrera, Alexander McQueen, Donna Karan, and Stradivarius and done editorials for British, German, Spanish, Dutch, and Japanese Vogue. Most recently, she became the face of Australian swimwear brand Seafolly, starring in their campaigns.

Romee Strijd was born on the 19th of July 1995, in Zoetermeer, South Holland, Netherlands. She is currently 24 years old.

There’s not a lot to share regarding her family, education and childhood. She is the daughter of Saskia Bennis and Marcel Strijd. She has one sister.

Having started her career at the age of sixteen, Romee Strijd quickly made a name of herself in the competitive modeling industry, booking high-profile fashion shows and campaigns. She has worked with several high-profile fashion labels and brands, including Victoria’s Secret. Being a successful model, Romee Strijd’s net worth is estimated to be around $1.5 million, as of 2020.

She is very active on social media and has garnered a huge following on Instagram, Twitter, and YouTube. She launched her YouTube channel in 2017. Nearly 1.5 million people have subscribers to her self-titled channel to which she uploads vlogs and videos of her everyday life as a model, fitness vlogs, backstage videos, travel diaries, and much more.

Blessed with a gorgeous slim body and attractive looks, Romee is nothing short of a gorgeous blonde. She’s never afraid to show off her toned figure in provocative bikinis and swimwear to her 6.2 million Instagram followers. She has nearly 12,000 followers on her Twitter.

She was discovered at the age of 14 by a modeling scout while shopping with her mother in Amsterdam, but the young cutie turned down the offer.

Years later, she developed an interest in modeling and decided to give it a try. She signed with the DNA Model Management in 2011.

Strijd took over modeling by storm upon her arrival to the United States.

She was named the newest model at the Victoria’s Secret Fashion Show in 2014 along with fellow Dutch model Imaan Hammam.

That same year, she was made the face of the Australian swimwear brand Seafolly.

She is represented by IMG Models worldwide since 2017.