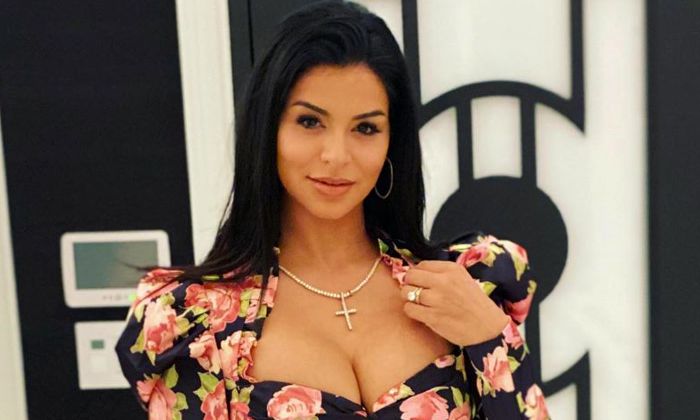 Who is Rima Fakih?

Rima Fakih is a Lebanon-born American model and actress who won the coveted Miss USA in 2010. She moved to the United States when she was seven years old and has settled there since then. She has appeared in movies as well as in reality television shows. Fakih is also known for her brief stint as a professional wrestler who competed on WWE Tough Enough in 2010. In 2018, She was made the National Director for Miss Universe Lebanon.

Rima Fakih s the daughter of Hussein and Nadia Fakih. She has four siblings, brothers Rabih and Rami, and sisters Rana and Rouba.

After moving to New York in 1993, she attended St. John’s Preparatory School in Queens. She graduated from Henry Ford Community College and went on to earn degrees in Economics and Business Management from the University of Michigan–Dearborn.

In April 2016, Fakih converted to Maronite Christianity, in Bkerké, the see of the Maronite Catholic Patriarchate, northeast of Beirut.

Rima Fakih married Lebanese-Canadian music producer Wassim Slaiby also known as Tony Sal. May 15, 2016. They welcomed their first child, a daughter, Rima Jr, in February 2017. She gave birth to their second child, a son, Joseph, on March 29, 2018. They welcomed their third child, daughter Amira, on October 24, 2019.

Rima Fakih plunged into the world of modeling at the age of 19, when she competed in a beauty pageant contest and was placed fourth runner-up at Miss Wayne County, a preliminary pageant for Miss Michigan in the Miss America system.

In 2010, she was featured in Late Show with David Letterman as herself.

In 2012, she participated in Fox’s dating game show ‘The Choice’.

In May 2010, she competed in the Miss USA 2010 pageant held at the Planet Hollywood Resort and Casino in Las Vegas, Nevada. She won the Miss USA title on May 16, 2010, breaking a 5-year streak of Southern states winning and becoming the first Miss Michigan USA to win the national title since Kenya Moore in 1993.

According to authoritative sources, Rima Fakih has a net worth of $500 thousand dollars in 2020.

In 2008, She represented Michigan in the Miss Lebanon Emigrant competition. She was placed third in the contest, finishing behind Carina El Kaddissi of Brazil and Jessica Kahawaty of Australia.

She represented the United States in the 2010 Miss Universe pageant and did not place as a semi-finalist.