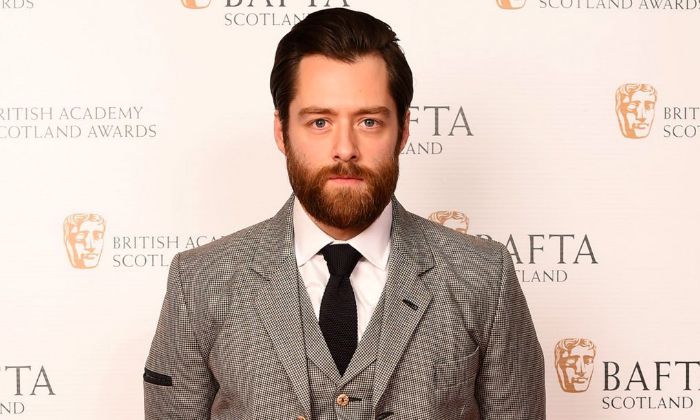 Who is Richard Rankin?

Richard Rankin is a Scottish actor who achieved a lot of fame lately with his role in the Scottish sketch show Burnistoun as well as portraying Roger Mackenzie Wakefield in the Starz drama Outlander. He was also a series regular in television series such as The Crimson Field, From Darkness and Thirteen. Rankin is also credited with recurring roles on American Odyssey and The Syndicate.

Richard Rankin was born on the 4th of January 1983, in Glasgow, Scotland. he is currently 36 years old.

Richard Rankin is the third of four children to a police father and his wife, who worked in the hotel industry. He has three brothers, including Colin Harris, who is also an actor.

As for education, Rankin attended Stonelaw High School in Rutherglen and joined the Glasgow Caledonian University where he took an IT major. He later changed his major to drama after he encountered a talent scout who encouraged him to try acting as he had the look of an actor.

To further hone his acting skills, Ranking studied acting at the Langside College, in the Mount Florida / Battlefield region of Glasgow.

Talking about Richard Rankin’s romantic encounters, he has dated a few women in his life, however, none of the relationships lasted more than a year. His first known relationship was with actress Cara Theobold. They acted together in the TV series called The Syndicate and they had a short-lived relationship in 2016.

It was reported in late 2016 that the Scottish actor is dating actress Sophie Skelton, his Outlander co-star. Well, it looks like things didn’t work between them and they broke up in 2017.

Richard Rankin landed his first acting role in a low-profile horror movie, The House of Him, playing the titular role. The film was made with a budget of approximately £900, which had its premiere at the Glasgow Film Festival in February 2014.

Rankin first gained massive fame among the Scottish audiences with the Scottish sketch show Burnistoun that aired on BBC Two Scotland from 2009 to 2012. He later became known internationally as an actor when he was selected as a series regular as Roger Mackenzie Wakefield in the Starz drama Outlander. He joined the cast in 2016 and has since featured in over 13 episodes.

Through all his acting credits, Richard Rankin’s net worth is pegged at $1.5 million.

It’s no doubt that Richard Rankin has established himself as an actor in his home country and beyond and his social media popularity would speak of it. Just like other actors, Rankin uses social media platforms to stay connected with his fans and to promote his projects.

He changed his name to Rankin, his mother’s maiden name, to avoid any confusion with the famous Irish actor of the same name.

He initially wanted to be an IT professional and hence he chose IT as a major in college, however, a vacation to Los Angeles at the age of 21, changed his objectives.

In 2011, he appeared in Carter Ferguson’s short Dead Ringer, which was written and filmed within a time frame of forty-eight hours. It eventually won several awards, including Best Actor for Rankin at the Glasgow 48 Hour Film Project.

Rankin has performed in a handful of stage productions with XLC Theatre Company, including The Lieutenant of Inishmore, Mary Queen of Scots Got Her Head Chopped Off and The Pillowman.

In 2012, Richard Rankin performed as Evan Bold in a stage production of Good With People opposite Blythe Duff at Traverse Theatre.

Rankin won the Satellite Awards in the category Best Ensemble for Outlander in 2017.

In 2019, Rankin played the role of Jack in BBC Radio Scotland’s four-part comedy Saddled, which revolved around the adventures of The Easy Rider Cycling Club’s members.