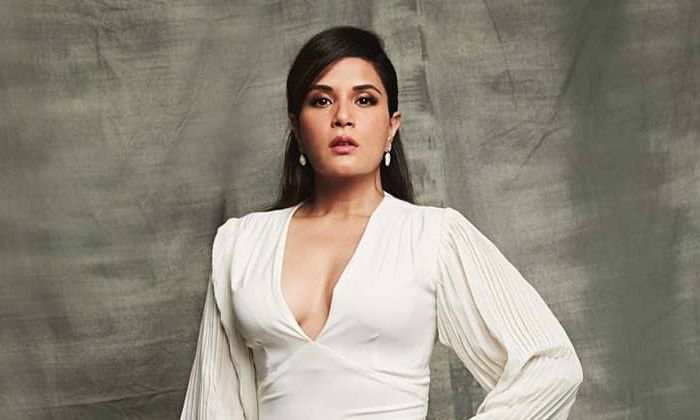 Who is Richa Chadda?

Richa Chadda is an Indian model turned actress best known for her role as Nagma Khatoon in the widely successful Gangs of Wasseypur film series. For her work, she won the Filmfare Critics Award for Best Actress in 2013. She is also known for her appearances in movies such as Fukrey, Goliyon Ki Raasleela Ram-Leela, Masaan, Sarbjit.

Richa Chadda is the daughter of Somesh Chadda and Kusum Chadda. Her father is a businessman, who owns a management firm and her mother works as a professor at PGDAV College of Delhi University. She has authored two books and also works with Gandhi Smriti. She is of Bihari and Punjabi descent.

Chadda graduated from Sardar Patel Vidyalaya in 2002. She, later, enrolled at the St. Stephen’s College, Delhi, where she majored in Social Communication Media.

Richa has been dating her Fukrey co-actor Ali Fazal since 2016.

Previously, she dated actors like Nikhil Dwivedi and Franck Gastambide.

In 2014, she made a guest appearance in the Colors drama series 24.

In 2017, she played Zarina Malik, a struggling actress, in the Amazon Original web series Inside Edge.

She got her big break when she landed a supporting role as Nagma Khatoon in Anurag Kashyap’s two-part crime drama Gangs of Wasseypur. Her performance was described as a perfect blend of the strength and helplessness of a woman in the yesteryears by critics. She won the Filmfare Critics Award for Best Actress in 2013.

Her performance in Mrighdeep Singh Lamba’s coming of age comedy film Fukrey was also highly appreciated by critics, describing “Richa Chadda is in terrific form and from her introduction itself, the graph of the film steers Northwards”.

Her other notable acting credits include Goliyon Ki Rasleela Ram-Leela as Rasila Sanera, Masaan as Devi Pathak, Sarbjit as Sukhpreet and Fukrey Returns as Bholi Punjaban.

Chadda has an estimated net worth of $2 million, according to the media. She lives in Mumbai, Maharashtra.

She started her professional career as a model before she made the leap to films.

She has performed in several stage productions in India and Pakistan. She took acting lessons from famous theatre director Barry John.

She briefly worked as a writer for an Indian magazine before landing her role in Oye Lucky! Lucky Oye!.

In 2008, Richa wrote and directed a 20-minute documentary “Rooted In Hope”.

In 2014, she posed as a Mermaid for PETA’s ad campaign, encouraging people to avoid eating fish and to go vegetarian.

She starred alongside Aishwarya Rai in the 2016 Indian biographical drama film Sarbjit, a role that earned her a Filmfare nomination for Best Supporting Actress.