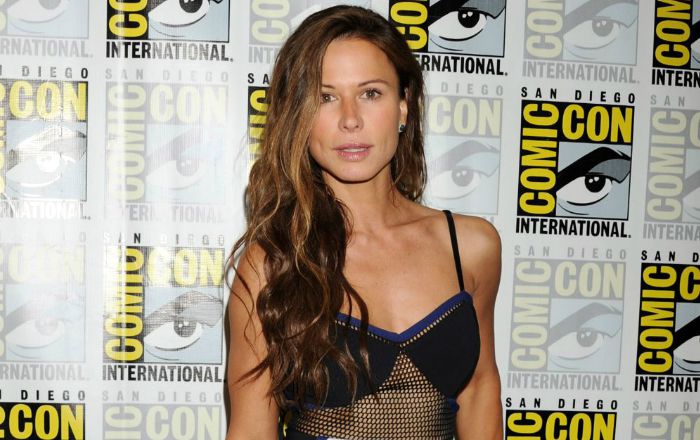 Who is Rona Mitra?

Rhona Mitra is an English actress, singer, and model, who rose to fame for modeling as the lead character in the famous video game series, Lara Croft. She is best known for her roles as Holly Marie Begins on Party of Five, as Tara Wilson on The Practice and as Detective Kit McGraw on Nip/Tuck. She was cast in the lead role of Major Eden Sinclair in a science fiction/action film Doomsday and Sonja in Underworld: Rise of the Lycans.

Rhona Mitra was in a relationship with American businessman Carl Hagmaier in 2003 later dated actor Matt Damon for a while in the same year.

She then dated famous American singer John Mayer in 2005.

Rhona Mitra made her onscreen debut in 1997 with the direct-to-video film, Eddie Izzard: Glorious.

Her first feature film was Croupier (1998), in which she played a minor role of a Girl with Joint.

Rhona was cast as Cass in the television series Ghostbusters of East Finchley in 1995. She was seen in the episode titled “1.5”.

She got her break when she was picked as the live-action model for Lara Croft, the lead character in Eidos Interactive’s Tomb Raider video game series.

Her part in the television series, Party of Five, Gideon’s Crossing, The Practice, Boston Legal, Strike Back, and The Last Ship.

Mitra has a net worth of $10 million dollars.

Rhona Mitra was nominated for a Screen Actors Guild Award in 2006 for her part in the Boston Legal TV Series.

She was also nominated in 2009 for Scream Awards for Best Actress for her role in Underworld: Rise of the Lycans.

She has two butterfly tattoos on her abdomen.