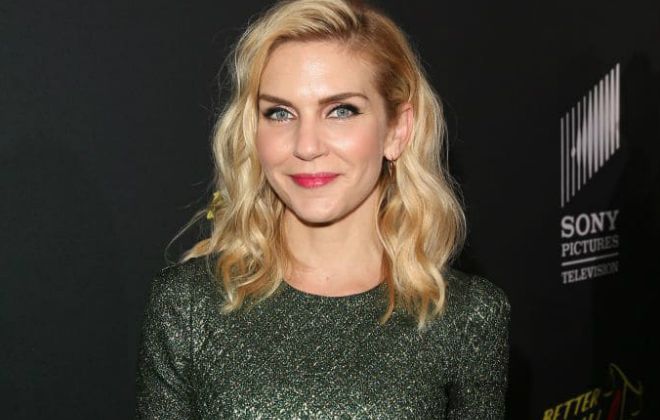 Who is Rhea Seehorn?

Rhea Seehorn is an American actress well known for her role as Kim Wexler on AMC’s crime drama series Better Call Saul since 2015. For her work in the series, she won the Saturn Award for Best Supporting Actress on Television in 2018. She also earned critical acclaim for her roles as Roxanne on NBC’s Whitney and as Ellen Swatello on TNT’s Franklin & Bash.

Rhea Seehorn was born on the 12th of May 1972, in Norfolk, Virginia, United States of America. She is currently 47 years old.

Rhea Seehorn studied painting, drawing, and architecture when she was young and continued to study arts due to her growing passion for film and theater in her teens. She earned her degree in Bachelor of Arts in Art Studio from George Mason University in 1994.

Rhea Seehorn has been in a relationship with a real estate agent Graham J. Larson since 2013. The couple got engaged in 2013. Graham has two sons from his previous affair and they are in his custody.

Rhea Seehorn made her screen debut with the film A Case Against Karen in 1998, playing the role of Shari.

Rhea earned her first acting job in the sitcom I’m With Her, in which she portrayed the character Cheri Baldzikowski in 22 episodes from 2003 to 2004.

Her role as Kim Wexler in Better Call Saul and is also known for her appearance in NBC’s sitcom Whitney, ABC’s sitcom I’m With Her, and TNT’s drama series Franklin & Bash

She has appeared in numerous TV commercials ever since she stepped into the industry, including HANEY, Dolce & Gabbana, Sutra Jewels, Romona Keveza, Gucci, and Armani.

Rhea has an estimated net worth of $2 million, according to the media.

She spent much of her childhood in Virginia Beach, Virginia, but also lived in other states and countries.

She was inspired by her father and grandmother to take a career in arts full time.

Seehorn got her break in Broadway, playing a role of a substitute in Neil Simon’s 45 Seconds From Broadway.

In 2018, she provided her voice to Karen in an episode of stop motion sketch comedy television series, Robot Chicken.