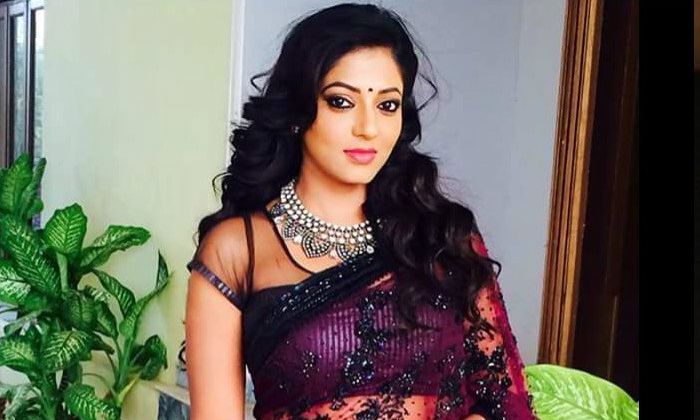 Who is Reshma Pasupuleti?

Reshma Pasupuleti is an Indian actress and TV personality who is probably known for her role as Pushpa in Ezhil’s comedy flick, Velainu Vandhutta VellaiKaaran. She is the daughter of renowned filmmaker Parasd Pasupileti. She is better known to Telugu people as she got her start as a newsreader for TV5 and has since hosted and starred in several Telugu-language television shows. In addition, she has been a part of movies such as Ko2, Manal Kayiru 2, Masala Padam, Inimayana Natkal, Thiraikku Varaadha Kadhai, and Prema Leela Pelli Gola. Reshma headlined in 2019 after she landed on the third season of the most controversial reality show, Bigg Boss Tamil, which is being hosted by actor-turned-politician Kamal Haasan.

Reshma Pasupuleti was born on the 23rd July of 1977 in Chennai, Tamil Nadu, India. She is currently 43 years old.

Speaking about her family background, very little is known about Reshma’s parents, education and early life. She is the daughter of ace film producer Prasad Pasupuleti. She has a younger sister named Deepti Pasupuleti, who works as a software engineer. Actor Bobby Simha is her cousin.

Reshma moved to the US at a very young age where she completed her school and college education. She majored in Computer Science from the University of Saint Joseph Hartford, a Roman Catholic institution located in West Hartford, Connecticut.

Despite being outspoken when it comes to women empowerment, raising her voice against sexual harassment and crimes meted out by women, Reshma hasn’t revealed anything about her personal life. She is possibly single as she had always managed to keep that aspect of her life away from the spotlight.

Reshma Pasupuleti started her professional career as a newsreader for TV5 (Gemini TV). She later landed the role of Devika in the Tamil soap opera, ‘Vani Rani’.

She made her acting debut as Ankita in Laxman Kumar’s comedy film ‘Masala Padam’ in 2015, alongside Shiva, Bobby Simha, and Gaurav.

She is one of the contestants appearing in the third season of the Tamil reality show, Bigg Boss, which is being hosted by actor-turned-politician Kamal Haasan. The show airs on Star Vijay.

After graduating from college, she worked as a Flight Cabin Crew member with Delta Airlines in the US.

She is multilingual and can speak English, Tamil, Telugu, Hindi, Malayalam.

Reshma was discovered by the creative head of Gemini TV who offered her a job of a newsreader in their news channel TV5 after watching her in a video.

With no prior experience in acting, she was offered a role in an upcoming TV series by one of the creative heads of Gemini TV. That’s marked her entry into the television as an actress.

In 2010, she won the Best Telugu Anchor Award as well as the Upcoming Star Award.

She also worked as a news anchor for a local television channel while she was in the US.