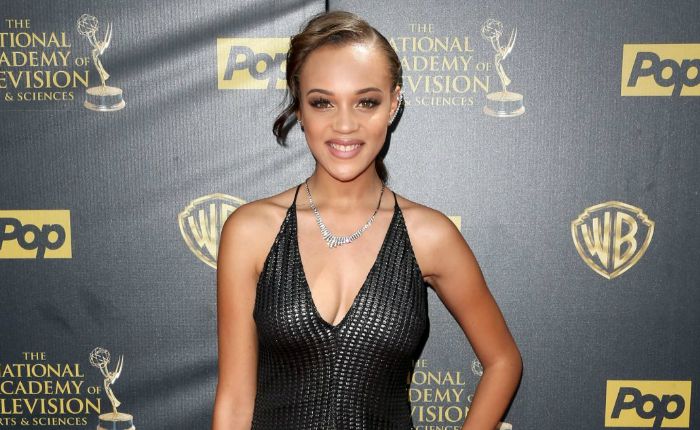 Who is Reign Edwards?

Reign Edwards is an American actress and singer who gained a lot of attention for her starring roles as Nicole Avant in the CBS soap opera The Bold and the Beautiful and as Leanna Martin in the reboot of popular TV show MacGyver. She has also appeared in film like 35 and Ticking and Hell fest.

Reign Edwards was born on the 1st of December 1996, in Harford County, Maryland, United States of America. She is currently 23 years old.

As we said earlier, there’s not enough information available about her family background other than that she was born to African-American parents. She has two sisters, one older and one younger. She has an African-American ancestry.

Though she has been in the industry for quite a few years now, there’s very little known about her personal life and educational background. Talking about her education, we couldn’t find any data related to the schools or college she attended.

Unlike her professional life, Reign Edwards is not vocal about her private life. Being a young and beautiful actress, there have been a lot of rumors and speculations surrounding her personal life but it seems Edwards is more focused on her career, at least now. Tabloids had once linked her with her The Bold and The Beautiful co-star Rome Flynn after she posted a picture of them to her Instagram account. But nothing came out from this relationship.

Reign Edwards made her acting debut with the 2011 romantic comedy film ’35 and Ticking’ as Young Zenobia.

In 2015, Reign landed her first acting job as Winnie Lee in Nickelodeon series ‘The Thundermans’. She guest appeared in three episodes of the series.

Reign Edwards was a series regular on the CBS soap opera The Bold and the Beautiful from 2015 to 2018. She played the role of Nicole Avant, the younger sister of Maya Avant, a role that earned her a lot of fame and acclaim. She also received Daytime Emmy Award nomination under the category “Outstanding Younger Actress in a Drama Series” for three straight years between 2016 and 2018.

In 2017, she landed the recurring role of Leanna Martin, a secret agent, in the TV sitcom MacGyver. It is the reboot of the popular series of the same name.

Edwards has an estimated net worth of $1 million. She resides in Los Angeles, California with her family.

She began her acting career at the age of 14 with a minor role in the film 35 and Ticking.

She was on hiatus for over years before she resumes acting with the Nickelodeon series ‘The Thundermans’ in 2015.

That same year, she appeared on Disney’s K.C. Undercover.

She got her major break after she was cast as Nicole Avant on the soap opera The Bold and the Beautiful. The role brought her fame and recognition in the industry.

When Edwards is not acting, she enjoys shopping, dancing to lyrical hip-hop and creating music in the recording studio.

In 2018, Edwards played Brooke in the horror film ‘Hell Fest’.