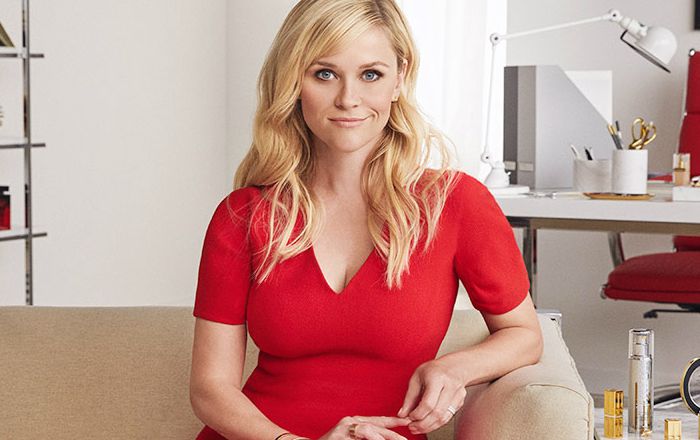 Who is Reese Witherspoon?

Reese Witherspoon is an award winning American actress who won an Academy Award for her leading role as June Carter in Walk the Line. She is one of the decorated actors of Hollywood who got her big break when she played Elle Woods in the 2001 film Legally Blonde, for which she received a Golden Globe nomination. She has been a part of many highly successful films, including Sweet Home Alabama, Wild, Legally Blonde 2: Red, White & Blonde, Monsters vs. Aliens, and Water for Elephants. She won a Primetime Emmy Award for her co-producing and starring in the HBO drama series Big Little Lies.

Reese Witherspoon was born on the 22nd of March 1976, in New Orleans, Louisiana, United States of America. She is currently 44 years old.

Reese Witherspoon is the daughter of John Draper Witherspoon, Sr., who was a Lieutenant colonel in the United States Army Reserve, and Mary Elizabeth “Betty” (née Reese), professor of nursing at Vanderbilt University. His father studied at Tulane University medical school.

Witherspoon was educated at Harding Academy and graduated from Harpeth Hall School, an all-girls’ school in Nashville.

She then attended Stanford University to study English literature, but left the university after a year to focus on her acting career.

Reese Witherspoon has been married twice. Her first marriage was with actor Ryan Phillippe. They got engaged in December 1998 and married on June 5, 1999, near Charleston, South Carolina, at Old Wide Awake Plantation. They have two children, a daughter, Ava Elizabeth Phillippe, born on September 9, 1999, and a son, Deacon Reese Phillippe, born on October 23, 2003. They divorced in 2007.

She then married her second husband Jim Toth, a talent agent and co-head of motion picture talent at Creative Artists Agency, on March 26, 2011, in Ojai, California, at Libbey Ranch. Together, they have a son, Tennessee James Toth, born on September 27, 2012.

Her past relationships include actor Jake Gyllenhaal, whom she dated for 5 years from 2007 to 2009. She also dated her Fear co-star Mark Wahlberg from 1995 to 1997.

Reese Witherspoon made her acting debut in the 1991 American coming of age drama film, ‘The Man in the Moon’. She played a lead role of Dani Trant, a 14-year-old country girl who falls in love for the first time with her 17-year-old neighbor. Her performance in the film was highly appreciated by critics which earned her a Young Artist Award nomination.

In 1991, she landed a lead role in a television film, ‘Wildflower’ starring alongside Diane Keaton. She then cast in another TV movie, ‘Desperate Choices: To Save My Child’ before appearing in a TV miniseries called Return to Lonesome Dove (1993) as Ferris Dunnigan.

Witherspoon’s first major role was Elle Woods in the 2001 film Legally Blonde, for which she received a Golden Globe nomination. It was one of her significant work in her career.

But when it comes to performance, her portrayal of June Carter in Walk the Line’, is regarded as the best performance in her career. She earned a Academy Award, a Golden Globe Award, a BAFTA Award, a Screen Actors Guild Award, and a Critics Choice Award for Best Actress.

Witherspoon was highly lauded for her performance in the 2014 film, ‘Wild’, which earned her second Academy Award nomination. The film was based on Cheryl Strayed’s 2012 memoir Wild: From Lost to Found on the Pacific Crest Trail.

She has appeared in TV commercial for Gap in 2006. She served as Avon’s Global ambassador in 2007.

She was a cheerleader during her high school years.

At the age of 7, she appeared in a television commercial for a local Nashville florist.

She was considered for the role of Juliet in Romeo + Juliet (1996), which went to Claire Danes.

In 2002, People magazine named her as one of the “50 Most Beautiful People in the World.”

Reese Witherspoon was awarded the “Ten State Talent Award” when she was 11 years old.

People magazine voted her as “Favorite Female Film Star” in 2004.

Witherspoon was ranked at #40 in FHM magazine’s “100 Sexiest Women in the World 2005” special supplement.

In 2010, Witherspoon received a star on the Hollywood Walk of Fame at 6262 Hollywood Blvd.

In April 2018, she announced that she will be releasing her first book titled Whiskey in a Teacup,  a lifestyle book inspired by Witherspoon’s southern upbringing, on September 18, 2018.