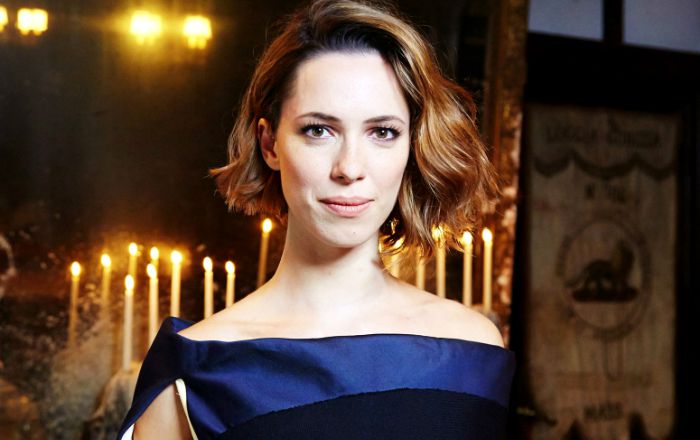 Who is Rebecca Hall?

English actress who played Vicky in Woody Allen’s romantic comedy-drama Vicky Cristina Barcelona, for which she received a Golden Globe nomination for Best Actress. Rebecca Hall has appeared in several hit films like The Town, The Awakening, Iron Man 3, Transcendence and The Gift. She was awarded the British Academy Television Award for Best Supporting Actress for the 2009 Channel 4 miniseries Red Riding: 1974.

Rebecca Hall was born on the 3rd of May 1982, in London, England, United Kingdom. She’s currently 37 years old.

Rebecca attended Roedean School, Brighton, England. She then enrolled at St Catharine’s College, Cambridge, to study English Literature before but she eventually dropped out in 2002 just before her final year.

Rebecca Hall married Morgan Spector in September 2015. She’s expecting her first child along with her husband.

Hall made her first onscreen debut in 2006 in the British comedy drama film, Starter for 10 where she played the role of Rebecca Epstein.

She was just 10 when she was cast in her father’s television adaptation of Mary Wesley’s The Camomile Lawn for her role as young Sophie.

Having played Vicky in Woody Allen’s romantic comedy-drama Vicky Cristina Barcelona, Caroline Cushing in Frost/Nixon, Rebecca in Please Give, Claire Keesey in The Town, and Christine Chubbuck in Christine.

Hall has an estimated net worth of $7 million.

She began acting at the age of 10.

Her role of Christine Chubbuck in the 2016 biographical drama Christine earned her critical acclaim, with Variety calling her “discomfitingly electric in the best role she’s yet been offered”.

In 2013, Hall made her Broadway debut in Sophie Treadwell’s expressionist play Machinal.

Throughout her career, Hall has starred in many award winning films, thus placing herself in the elite list of actresses. She is currently the most sought after actress in the business.

She received the British Academy Television Award for Best Supporting Actress for her role as Paula Garland in 2009 Channel 4 miniseries Red Riding: In the Year of Our Lord 1974.

In 2013, she was nominated for the British Academy Television Award for Best Actress for her performance in BBC Two’s Parade’s End.