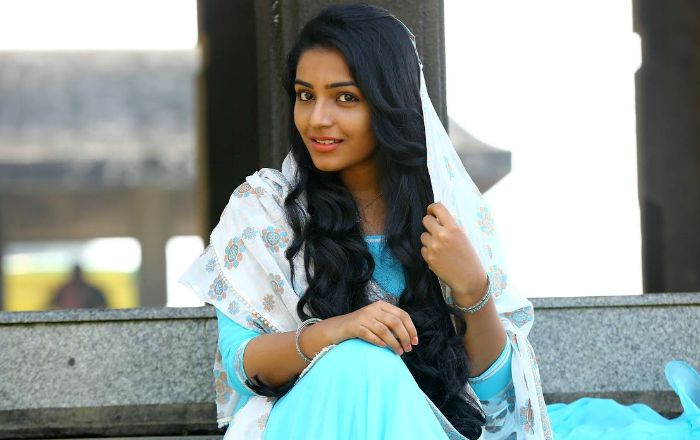 Who is Rajisha Vijayan?

Indian actress Rajisha Vijayan is well known for her works in Malayalam films. She made heads turn with her spectacular performance in her debut film ‘Anuraga Karikkin Vellam,’ a role that earned her Kerala State Film Award for Best Actress and Asiavision Awards for New Promise in Acting (Female). Her acting credits include ‘Georgettan’s Pooram,’ ‘Oru Cinemakkaran’ and ‘June’. In addition to films, she has also hosted several TV shows including ‘Manassinikkare,’ ‘Surya Challenge,’ ‘Hot and Spicy,’ and ‘100% love’.

Rajisha Vijayan was born on the 15th of July 1990, in Perambra, Kozhikode, Kerala, India. She is currently 29 years old.

Rajisha Vijayan is the daughter of Sheela and Vijayan. Though she was born in God’s own country of Kerala, her parents moved to Delhi where she spent her childhood and teenage years. Her sister name is Anjusha Vijayan.

After completing her school studies, she enrolled at the Amity University in Noida, New Delhi from where she earned her degree in Mass Communication and Journalism.

Speaking about her personal life, the reluctant Rajisha hasn’t revealed much about her romantic state of affairs or her past relationships.

In 2016, Rajisha Vijayan debuted in the Malayalam film Anuraga Karikkin Vellam, where she played the role as Elizabeth, for which she won the Kerala State Film Award for Best Actress.

Rajisha forayed into television scene in 2013 when she hosted a music chat show called Susie’s code on Surya music.

Rajisha net worth is unknown. She charges Rs 25 lakh upwards per film. She owns a Maruti Swift and lives with her family in Kozhikode, Kerala.

Even though she has acted in just three films, she is very much popular in Mollywood establishing herself as a leading actress in the industry.

The budding lass has hosted a number of TV shows such as 100% Love, Manasinikkare (travelogue), Ladies Only, and Surya Challenge, to name a few.

Her film credits include Georgettan’s Pooram and Oru Cinemakkaran apart from her debut film.

In 2019, she starred as a leading lady in the commercially acclaimed coming-of-age Malayalam movie, June and sports drama film, Finals.