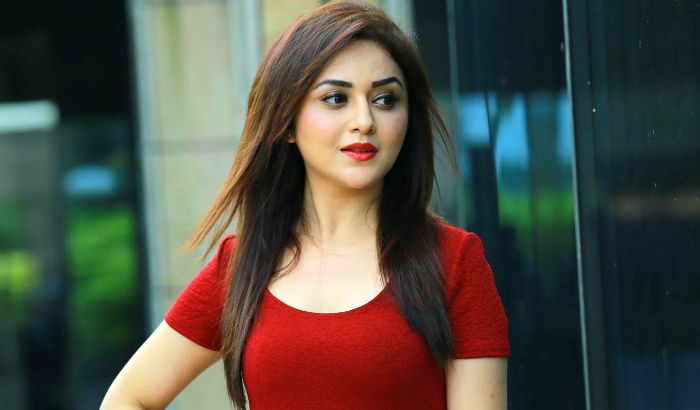 The beautiful and elegant actress and model, Ragini Nandwani, is one of the most recognizable faces in the Indian television industry who shot to fame with the portrayal of  Lovely Tyagi/Kaushik in Hindi daily soap opera “Mrs. Kaushik Ki Paanch Bahuein”. Apart from serials, she has acted in films like Dehraadun Diary, Thalaivaa, and Peruchazhi, to name a few.

Ragini is possibly single as she never was seen dating anyone publicly.

Ragini Nandwani first starred in the 2013 Hindi crime thriller film Dehraadun Diary, based on a real murder incident. The same year, she made her Tamil debut, playing a supporting role, in the action thriller Thalaivaa alongside Vijay and Amala Paul. Her role earned critical acclaim leading her to land in various roles in Krupa Swaminchi, a 2013 Marathi film, Peruchazhi, a 2014 Malayalam movie, and Siddhartha, a 2016 Telugu film.

In 2011, Ragini played the lead role as Lovely on  Zee TV’s daily soap Mrs. Kaushik Ki Paanch Bahuein. She received four Zee Rishtey Awards on several categories in 2011. This is the role that brought fame and recognition to the actress.

She has been active in the industry for quite a few years and has starred in high-profile films. She might have accrued great fortune by now, and of course, she has a long way to go. She owns a BMW 7 Series car.

Despite her Hindi debut was a box office failure, she created a buzz in the industry with an amazing performance in the film, leading to several film offers.

She has acted in different language films including Hindi, Tamil, Telugu, Malayalam and Marathi.