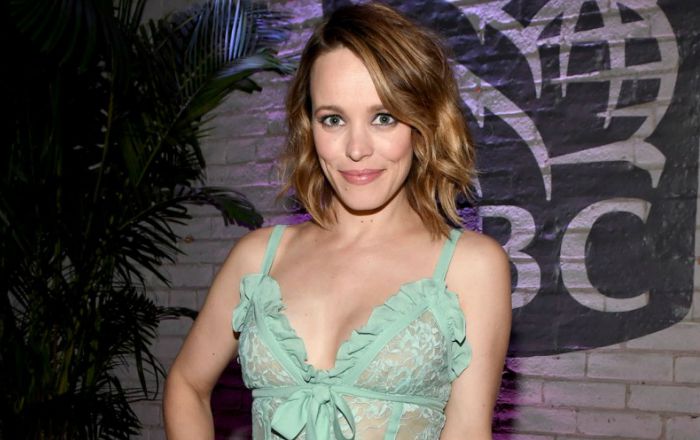 Rachel McAdams is a Canadian actress who became known to the international audience after playing the leading roles in Mean Girls, The Notebook and Wedding Crashers. She was cast to play a main role as Ani Bezzerides on HBO crime drama True Detective, and later portrayed journalist Sacha Pfeiffer in Spotlight, which earned her a nomination for Academy Award for Best Supporting Actress. Rachel also starred as Christine Palmer in the MCU’s Doctor Strange.

Rachel McAdams was born on 17 November 1978, in London, Ontario, Canada.

Her ancestry is English, Welsh, Irish, Scottish, and distant Dutch.

She took a four year theater program at York University and graduated with a Bachelor of Fine Arts honours degree in 2001. During his time, she worked with the Toronto-based Necessary Angel Theatre Company.

Rachel McAdams has been dating screenwriter Jamie Linden from April 2016. Together, they have a son, born on April 10, 2018.

She had been in relationships with stars Ryan Gosling, Ben Jackson, Michael Sheen and Patrick Sambrook in the past.

Rachel McAdams made her onscreen debut in the 2002 comedy film My Name is Tanino as Sally Garfield.

In 2001, McAdams made her first appearance in an episode of the television show Shotgun Love Dolls.

McAdams has a total net worth of $16 million US dollars. The budding actress lives in a Victorian style house near Harbord Village in Toronto, Canada. She holds a U.S. green card but has remarked, “The world has become so small these days, and most films aren’t shot in Hollywood anymore, so there’s no point living there.”

The beautiful actress is not on social media.

While studying acting at York University in Toronto, she appeared in numerous stage and student film productions.

She worked at a McDonald’s for three years along with her sister, Kayleen McAdams, and her brother, Dan McAdams.

She was largely considered for the role of Sue Storm in Fantastic Four (2005), but the role was offered to Jessica Alba.

She was originally auditioned for the role of Cady in Mean Girls, but was asked to play Regina, the role which earned her international fame and several accolades.

Rachel  has won several MTV Movie Awards including one for Best Breakthrough Female Performance for ‘Mean Girls’ in 2005.

In 2007 she was named by Empire magazine as one of the 100 Sexiest Stars in film history.

She is allergic to horses.

McAdams was considered for the role of Vesper Lynd in Casino Royale (2006), but Eva Green was cast instead.