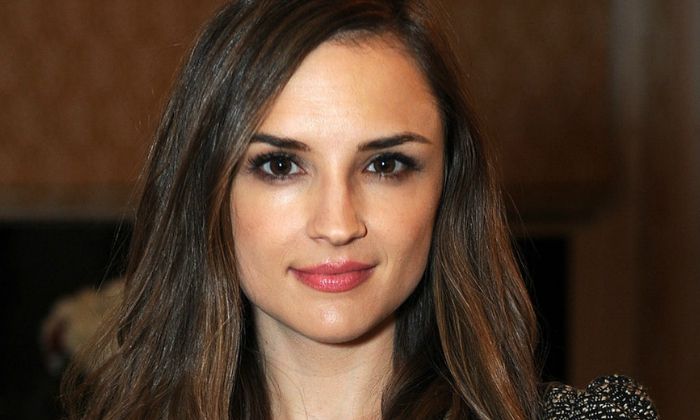 Who is Rachael Leigh Cook?

Rachael Leigh Cook is an American actress and filmmaker who is probably known for her starring roles in movies like She’s All That (1999) and Josie and the Pussycats (2001). On television, she is known for playing Clara Wheeler in the miniseries Into the West and also had recurring roles Las Vegas, Psych and Criminal Minds. She played Kate Moretti in the crime drama series Perception from 2012 to 2015.

Rachael Leigh Cook was born on the 4th October 1979, in Minneapolis, Minnesota, United States of America. She is currently 40 years old.

Rachael Leigh Cook is the daughter of JoAnn and Thomas H. Cook. His father was a social worker and former stand-up comedian. On the other hand, her mother is a cooking instructor and weaver. She has a brother named Ben Cook.

The gorgeous actress began dating actor Daniel Gillies in 2001 and they got married in August 2004 after dating for four years. The couple welcomed their first child, a daughter, Charlotte Easton Gillies on September 28, 2013. She gave birth to their second child, son Theodore Vigo Gillies on April 4, 2015. After nearly 15 years of marriage, Rachael and Daniel took to Instagram on 13 June 2019 to announce their separation.

Rachael landed her first acting part as an actress in the 1995 comedy-drama film, ‘The Baby-Sitters Club,’ in which she played the role of Mary Anne Spier.

In 1997, Rachael Leigh Cook marked her debut in television with a role in the television film, ‘Country Justice,’ playing her part as Emam Baker.

Rachael played Laney Boggs in the 1999 teen romantic comedy film, ‘She’s All That,’ which is definitely her significant role in her career. The film was one of the most popular teen films of the late 1990s, and it minted $103 million against its production budget of $10 million. She won the YoungStar Awards for Best Performance by a Young Actress in a Comedy Film and shared Teen Choice Awards for Film – Sexiest Love Scene with Freddie Prinze Jr.

In addition, she met with critical acclaim for her roles in movies such as The Hi-Line, Sally and Josie and the Pussycats and for her roles in a drama miniseries, Into the West and the crime drama TV series, Perception.

Throughout her acting career, the stunning and brilliant actress has starred in movies, TV series, advertisements, video games, music videos, and has also done modeling. These all add up to her impressive net worth, which is estimated to be $5 million. She also owns a production company known as Ben’s Sister Productions.

Before attaining fame as an actress, she appeared in a PSA for foster care when she was seven years old. By 10, she worked as a print model and appeared in ad campaigns for Target and Milk-Bone dog biscuits.

Cook first came into the limelight in 1997 when she was featured in the famous “This Is Your Brain on Drugs” PSA television advertisement, in which she proceeds to destroy a kitchen with a frying pan as she lists the important things in life that heroin harms.

She reprised her role in the PSA “This Is Your Brain on Drugs” ad twenty years later by the Drug Policy Alliance critiquing the War on Drugs and its contribution to mass incarceration, structural racism, and poverty.

In 2011, Rachael was named “Champion of Change for Arts Education” by the Obama administration.

As a voice actress, Cook has lent her voice to Chelsea Cunningham on the Kids’ WB animated series Batman Beyond and in the animated film Batman Beyond: Return of the Joker.

Rachael’s dream role is to play the character of Kate Nolan from “A Tree Grows in Brooklyn”.

In June 2012, she launched a scholarship grant program to students between ages 14 and 19 to pay for their career classes, mentoring programs, and other school fees.