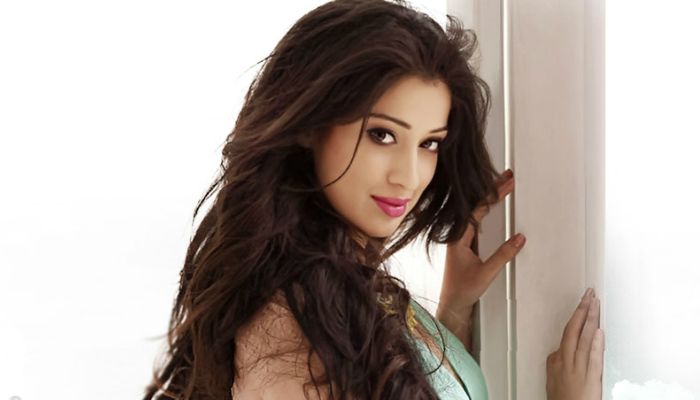 Who is Raai Laxmi?

Raai Laxmi is a talented actress and glam doll of South Indian cinema. She has worked in different South Indian languages such as Tamil, Telugu, Malayalam, and Kannada. Having a film career spanning more than 12 years, Laxmi has acted in more than 50 films. In 2017, she made her debut in B-Town with a romantic thriller film, Julie 2, where she portrayed a glam role. The teaser and trailer of the film have skyrocketed the expectation for the film since the actress will show much more of her skin than any other film in her career.

Raai Laxmi was born on the 5th of May 1987, in Belgaum, Karnataka, India. She is currently 32 years old.

Raai Laxmi is the youngest of the three children of Ram Rai, a businessman and Manjula Rai. She has older sisters, Ashwin Raai and Reshma Raai. Her educational qualifications are unknown.

There were speculations that Raai Laxmi had relationships with Indian cricketers Sreesanth and MS Dhoni in the past but none is confirmed or denied. It was reported that she had a fling with Vikram Singh.

In 2005, Raai Laxmi starred in a Tamil film, Karka Kasadara as Anjalai, which marked her debut in cinema.

The same year, she also made her Telugu and Kannada debut in Kanchanamala Cable TV and Valmiki, respectively.

In 2007, Laxmi made her Malayalam debut with Rock N’ Roll which earned her an Asianet Award for Best Female New Face of the Year.

She is making her Bollywood debut in Julie 2, which is slated to release in December 2017.

In 2015, she appeared as one of the contestants in a reality show, Star Challenge that aired on Flowers TV.

She appeared in a number of television commercials and print ads such as Bru, Josco Jewellery, Saravana Stores, amongst others.

Raai Laxmi has an estimated net worth of $2 million. She takes Rs 50 Lakhs to 1 crore per film as remuneration. Acting in films is her main source of income indeed, but she also makes big from brand endorsements, modeling, and editorial shoots.

She lives in a posh house with her family in Bangalore, Karnataka, India.

Lakshmi Rai was a tomboy during her childhood.

He family belongs to Saurashtrian Kutch and has roots in Belgaum.

She was just 15 when she made her debut in acting. She won Miss Belgaum in 2003 and 2004 and Miss Karnataka title.

Laxmi is an accomplished dancer.

She hosted the season 2 of the adventurous reality show, Anu Alavum Bayamillai in 2009.

Raai appeared in a couple of hot item songs including a song, ‘Lucky Lucky’ alongside Ravi Teja in Telugu film Balupu in 2013. The success of the film earned her a nickname, Lucky Rai.

She changed her name from Lakshmi Rai to Raai Laxmi due to numerological reasons.

She is considered as Selfie Queen in South Indian Film Industry.

In 2018, she starred in the Malayalam film Oru Kuttanadan Blog as Sreejaya alongside Mammotty and Anu Sithara.