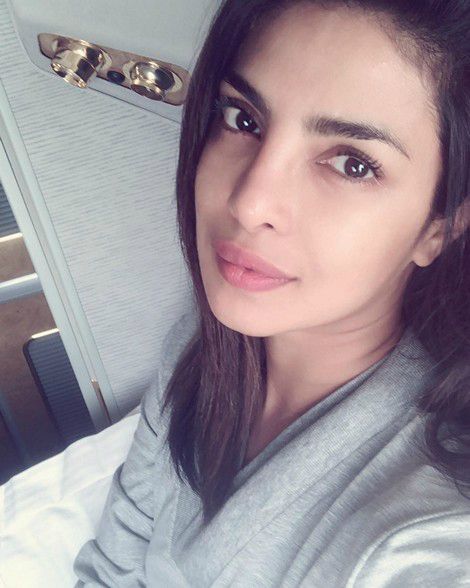 Who is Priyanka Chopra?

Priyanka Chopra is a popular Indian actress, singer, and film producer, known for her roles in films like Kaminey, 7 Khoon Maaf, Barfi!, Mary Kom, Dil Dhadakne Do, and Bajirao Mastani. She has received numerous awards, including a National Film Award and five Filmfare Awards and considered as one of the most influential and highest-paid celebrities in the business. Forbes named her one of the World’s 100 Most Powerful Women in 2017. She’s the first South Asian to headline American tabloids for starring as Alex Parrish on the ABC thriller series Quantico.

Priyanka Chopra was born on the 18th July of 1982, in Jamshedpur (now in Jharkhand), Bihar, India. She’s currently 37 years old.

Priyanka Chopra is the daughter of Ashok and Madhu Chopra, both served as physicians in the Indian Army. Her father died on June 10, 2013. She has a younger brother named Siddharth Chopra. Many of her relatives are indulged in the glamour industry.

Actresses Parineeti Chopra, Meera Chopra and Mannara Chopra are her cousins. Due to the nature of her parents work, she had to relocate and live in different places across the country like Delhi, Chandigarh, Ambala, Ladakh, Lucknow, Bareilly, and Pune.

Since her parents worked in the Indian Army, her family moved to several places in India. She briefly attended La Martiniere Girls’ School in Lucknow and St. Maria Goretti College in Bareilly before she moved to the United States.

Even in the US, she frequently relocated due to the nature of her aunt’s job with whom she stayed there. Priyanka was enrolled at the Newton North High School in Newton, Massachusetts and then to John F. Kennedy High School in Cedar Rapids, Iowa. During her stay in Massachusetts, she attended several theatre productions and studied Western classical music, choral singing, and Kathak dance. She was constantly bullied at school for being Indian.

Priyanka Chopra returned to India and finished her high school at the Army Public School in Bareilly. She was enrolled at the Jai Hind College in Mumbai, Maharashtra, India and graduated with a degree.

Priyanka Chopra began dating American singer Nick Jonas in early 2018. She is 11 years senior to him. The couple got engaged in a private affair attended by close relatives and friends in Mumbai on August 18, 2018. They got married on 1 December 2018 at Umaid Bhawan Palace in Jodhpur.

Aseem Merchant – Priyanka first dated model Aseem Merchant during her modeling days. She broke out with him to focus on her career.

Shahid Kapoor – She and actor Shahid Kapoor were said to be a relationship in the past while filming for Kaminey movie in 2009. The couple had neither denied nor admitted their relationship publicly, however, it was under the wraps for a while.

Harman Baweja – Priyanka started dating actor Harman Baweja in 2008. They first met at the sets of the film Love Story 2050 and were spotted together on several occasions. The couple eventually ended off their relationship after being together for five years.

Akshay Kumar – Priyanka had hooked up with Akshay Kumar in the past. But, Akshay’s wife Twinkle got aware of it and warned him not to work with her in movies.

Shah Rukh Khan – It was rumored that Chopra and Shah Rukh Khan had dated each other sometime a few years ago. Due to pressure from his wife who was then close to Priyanka, SRK ended her relationship with her.

As a playback singer, she first recorded the song “Ullathai Killathe” for a Tamil film called Thamizhan in 2002.

Chopra has released a number of singles and music videos. She first signed with Creative Artists Agency, Los Angeles and released her first single “In My City” on September 2012. The song received mixed reviews from critics, however, she received a handful of awards for the song. Her second and third singles were “Exotic” and “I Can’t Make You Love Me”.

Priyanka made her first appearance in a Tamil movie, Thamizhan alongside Vijay in 2002. The Hindi film Mujhse Shaddi Karogi was her first commercial hit film.

Chopra made her debut in the television industry as a host. She hosted the third season of India’s reality TV show Fear Factor: Khatron Ke Khiladi X 3.

She has also appeared in numerous TVCs and Print Ads.

Being one of the most popular, most successful and most sought after actress in the entertainment industry, Priyanka Chopra has a net worth of $32 Million Dollars. She charges an average of Rs 10 crore per film, Rs 2 crore for an episode in TV shows, Rs 5 crore per endorsement.

She was paid $3.7 million dollars for Quantico in 2015 which is incredibly popular amongst Americans. It is said that Priyanka charges a hefty amount for her role in Quantico next season.

Chopra has quite an impressive collection of exotic cars, including Rolls Royce Ghost, Porsche Cayenne, Mercedes Benz E Class, and BMW 7 Series. She is also a fan of riding bikes, who owns a Harley Davidson SuperLow.

She owns a plush flat in the posh Andheri in Mumbai. Apart from that, she also owns a couple of luxury houses in Mumbai and New York City.

Priyanka Chopra started her professional career as a model and subsequently contested in beauty pageants.

She won the Femina Miss India 2000 title and represented India in the Miss World pageant the same year and won the title. That marked a stepping stone in her acting career that fetched her a lead role in a Tamil film in 2002.

Since then, Chopra has seen remarkable growth in the industry expanding her portfolio to Hollywood, making her one of the highest-paid actresses in the world.

She has created a name for herself in the entertainment industry as well as regarded as A list actress in the business.

Chopra has starred in a number of box office successes including Aitraaz, Fashion, Kaminey, 7 Khoon Maaf, Barfi!, Don 2, Agneepath and Krrish 3 amongst others.

She has received several accolades and honors, including a National Film Awards for Best Actress, five Filmfare Awards, and India’s fourth-highest civilian award Padma Shri for her contribution to arts.

Priyanka Chopra was the first South Asian woman to play a lead role in the American drama thriller series Quantico. Her popularity earned her a sole in Hollywood film Baywatch.

In 2015, Chopra was featured on HuffPost’s “100 Most Influential Women on Twitter” list, in which she was ranked first amongst Indians.

She is one of the few actors in India to be well accomplished for philanthropic works. Priyanka Chopra is also a global UNICEF Goodwill Ambassador.

In 2016, she was awarded the Padma Shri, the fourth highest civilian award, by the Government of India for her contribution to arts.

Apart from being an actress, Chopra is also a writer, who writes opinion columns for famous publishers around the world.

In 2017, she received the Mother Teresa Memorial Award for Social Justice for her contribution to social causes.

In June 2018, it was announced that Chopra will publish her memoir titled Unfinished, which is scheduled to be released in 2019 by Penguin Books in India, Ballantine Books in the United States and Michael Joseph in the United Kingdom.

Priyanka Chopra has also featured on the covers of numerous magazines. She has earned the hearts of millions of fans worldwide, thanks to her good looks, sheer hard work, amazing talents, and good heart.