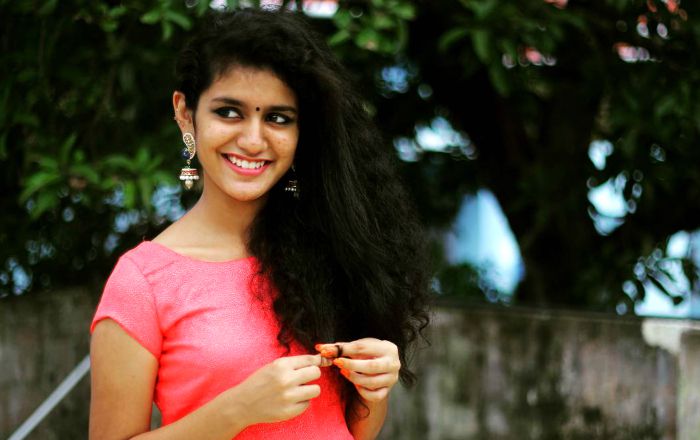 Who is Priya Prakash Varrier?

Priya Prakash Varrier is a South Indian film actress who took the internet by storm with a video short of the song Manikya Malaraya Poovi from an upcoming Malayalam movie ‘Oru Adaar Love’. She has stolen everyone’s heart overnight with her pristine expressions that would make one fall for her.

Priya is the daughter of Prakash Varrier, a central excise officer and Preetha Varrier. She has one younger brother named Prasiddh Varrier.

She is pursuing her B. Com degree at Vimala College, Thrissur, Kerala.

Priya Prakash Varrier is currently single as she never was seen dating anyone publicly. She is not vocal about her private life and has not revealed about her boyfriend. It appears that nothing has attracted her more than acting.

Priya made her big-screen debut with the 2018 Malayalam film, Oru Adaar Love, a film about high-school life, directed by Omar Ali.

She hasn’t been a cast in any TV show or series.

The budding damsel made the internet crazy with her lovely expressions from the song Manikya Malaraya Poovi of her debut flick.

Priya wanted to become an actor since she was a child and took up modeling after her high school so that she would easily enter the mainstream cinema.

She is a trained Mohiniyattom dancer.

The young beauty has walked the runway for several cultural events and fashion shows including Aiswaryarani 2017 and Kochi Fashion Show 2017.

In 2018, she was featured in a Tamil music video, Nee Vaanam Naan Mazhai.

She has earned over 1.5 million followers on Instagram through the weekend since the song went viral on the internet.

She has already signed her second project and definitely, the young leggy lass will go places.

Priya is a multi-lingual and can speak in Malayalam, English and Hindi.