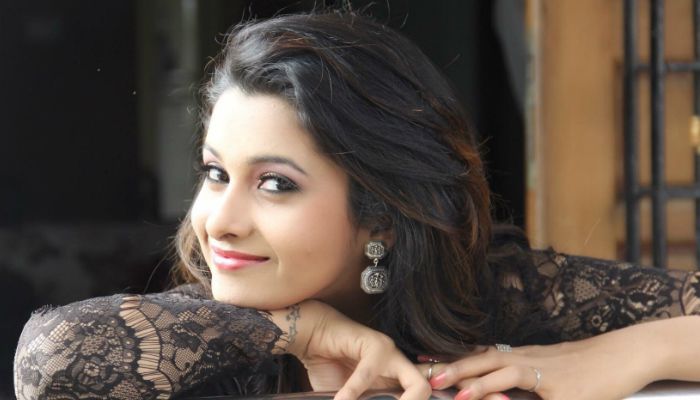 Who is Priya Bhavani Shankar?

Priya Bhavani Shankar is an Indian actress who is best known for her work in Tamil films and TV shows. She had already established a name for herself in the industry before venturing into mainstream cinema. She made her debut with the romantic comedy film, Meyaadh Maan, starring Vaibhav Reddy. She gained further fame and recognition for her appearance in the movie Kadaikutty Singam, thanks to her good looks and charismatic onscreen persona.

Priya has been in a relationship with her longtime friend, Rajvel Raj. They first met during her college days, and soon after, love blossomed between the two. In 2016, it was reported that she was planning to marry him and will not act in serials or films. She was on hiatus from entertainment for almost and returned to cinema making her debut in a Tamil film.

In 2017, she starred in a Tamil romantic comedy flick, Meyaadha Maan alongside Vaibhav.

Priya became the favorite of Vijay TV and went on to host many reality shows like Jodi Number One, Airtel Super Singer Season 5 and Kings of Dance. She also hosted Filmfare Awards South.

Priya Bhavani Shankar has appeared in a few commercials and print ads.

Even though Priya has been with the media industry for a few years now, she is still in the early stage of her film career. She was paid a hefty amount for her appearance in television serials and shows. She hasn’t revealed the remuneration for her debut film. As far as her net worth is concerned, there’s no reliable data out there.

After graduation, she briefly worked as a techie in the corporate sector before venturing into media.

In 2011, she joined Puthiya Thalaimurai where she worked for three years as a news anchor. She left the channel to pursue a full-time career in acting.

In 2014, She was chosen as a cast for a then-popular television series, Kalyanam Mudhal Kadhal Varai, which aired until 2017 on Vijay TV. The series ended shortly after she walked out of the soap.

After that, she worked with the channel and hosted a few programs and reality shows.

In 2016, she got disappeared from the scene due to personal issues. The following year, She made a comeback starring a lead role in a Tamil film, Meyaadha Maan.

As of now, she is busy signing new projects and has four projects in her kitty.