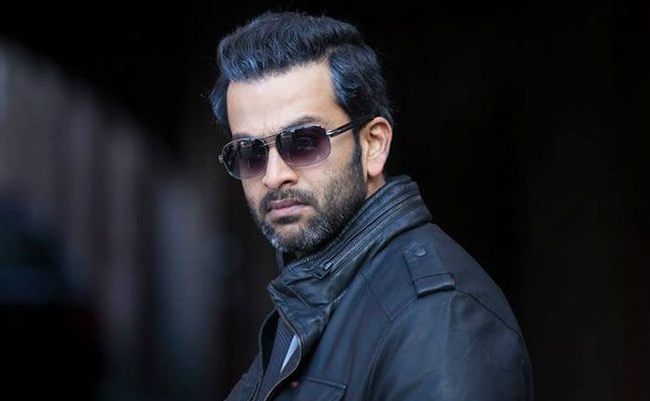 Who is Prithviraj Sukumaran?

Prithviraj Sukumaran is a renowned face in the South Indian cinema who primarily works in Malayalam movies. Aside from acting, he is also a producer. He has won two Kerala State Film Awards for Best Actor, one Tamil Nadu State Award, and a National Film Award (as producer). His film credits include Nandanam, Classmates, Vaasthavam, Ayalum Njanum Thammil, Celluloid, Indian Rupee, Kaaviya Thalaivan, and Lucifer.

Prithviraj Sukumaran is the youngest of two children to actors Sukumaran and Mallika Sukumaran. His older brother Indrajith Sukumaran is also an actor. Model, actress and television anchor Poornima Indrajith is his sister-in-law.

He then enrolled at the University of Tasmania, Australia, where he took Information Technology as major but dropped out of college after he was offered a lead role in a film.

No TV series yet.

As a singer, Prithviraj debuted with the song Kaane Kaane for the film Puthiya Mukham, released in 2009.

He was seen in TV commercials such as Indulekha Skincare cream, Kalyan Silks, KSEB, Close Up, to name a few.

His net worth stands at $4 million US dollars as of 2019. He charges a huge amount of money for his films. He owns luxury houses in Thiruvananthapuram and Cochin, apart from Chennai and Bangalore. Prithivi also owns few properties in Dubai, UAE. He has hi sown production company called August Cinemas.

He has a large fleet of expensive cars from Porsche Cayenne to Audi Q7 and BMW Z4 along with other brand cars.

He owns a restaurant in Qatar called Spice Boat along with his brother and his mother.

During his college days, he had a crush on a girl but he didn’t propose to her after knowing she was a lesbian.

Besides Malayalam, Prithviraj has starred in Tamil, Telugu and Hindi films.

In 2010, he was made the brand ambassador of 108 ambulance services, launched by National Rural Health Mission.

In 2019, Prithviraj made his directorial debut with the action film, Lucifer, starring Mohanlal, which later went on to become the highest-grossing Malayalam film evet.