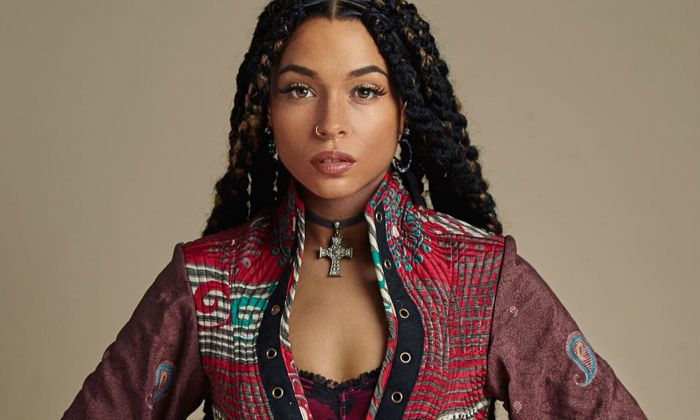 Who is Princess Nokia?

Destiny Frasqueri is an American rapper and singer probably known best for her singles “Bitch I’m Posh” and “Yaya” as well as studio albums “1992 Deluxe” and “Metallic Butterfly”. Hailing from New York City, she launched her music career in 2010 with the release of the single called “Destiny”, under the moniker Wavy Spice on YouTube and SoundCloud. After releasing an array of tracks, she changed her moniker to Princess Nokia, which she calls it an alter ego and signed a lucrative deal with the Rough Trade label. As a passionate singer, Princess Nokia identifies herself as a feminist and hosts a podcast called “Smart Girls Club,” where she talks about healthy living and urban feminism. The year 2009 saw the release of singles, “Sugar Honey Iced Tea (S.H.I.T.)” and “Balenciaga” which will be featured in her upcoming album.

Princess Nokia was born on the 14th of June 1992, in New York City, New York, United States of America. She is currently 27 years old.

While there’s not much to share about her immediate family, Destiny Frasqueri had spent most of her early life in foster care. Her parents divorced when she was a child and by the time she turned two her mother had already died due to AIDS.

Her grandparents put her under foster care when she was nine, where her foster mother was physically abusive. She was raised by her foster mother until 16, and thereafter she began to live with her grandmother. It was during this time, she began taking music seriously and started writing rhymes.

With no doubt, Princess Nokia is a gorgeous budding personality with extremely attractive body measurements.

Speaking about Princess Nokia’s romantic life, it is known that she is happily enjoying her life and she has no regret of being single. She has never been romantically linked to anyone in the present or in the past. We looked up her Instagram account, but it is mostly filled with pictures of her daily activities and the places she traveled across the world.

Princess Nokia released her debut studio album, “1992 Deluxe”, on September 8, 2017. The album, basically an expanded version of her 2016 mixtape, 1992, was released on Rought Trade label and peaked at number 25 on Billboard’s Heatseekers Albums chart. It was later named the 32nd best album of 2017 by New Musical Express (NME), a British music journalism website.

In December 2018, she released her second full-length album known as “Metallic Butterfly” on the Rough Trade.

She released her first mixtape, Honeysuckle, in 2015 under the moniker Destiny and has released a series of singles including “Destiny”, “Bitch I’m Posh”, “YAYA” (Yaya is a Taino word), and “Vicki Gotti”.

Though Destiny Frasqueri is yet to make her net worth public, several sources have cited her net worth to be around $400 thousand to $1 million.

Like other celebrities who use social media to promote their work and built a fan base, Princess Nokia is no different. She uses social media to connect with her fans as well as to share pictures from photoshoots, travel and other activities.

During her preteen years, she juggled between East Harlem and the Lower East Side of New York City.

She also founded the Smart Girls Club, a podcast where she discusses healthy living and urban feminism.

Destiny used to host parties to provide herself.

Nokia had a six-episode show called “The Voices in My Head with Princess Nokia.” on Apple’s Beats 1 Radio, which premiered on February 18, 2018.

In September 2018, Nokia was made one of the faces for Maison Margiela to promote their new fragrance, Mutiny.

Nokia is also a dancer.

She is a huge fan of Marvel comics.