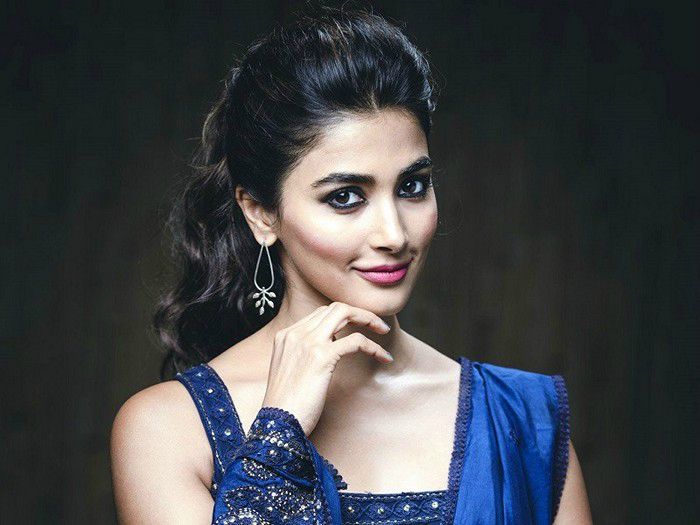 Who is Pooja Hegde?

Pooja Hegde is a popular Indian actress who is best known for her appearances in such movies as Mohenjo Daro, Duvvada Jagannadham, Saakshyam, Aravinda Sametha Veera Raghava. She was a former beauty pageant, who finished second runner-up in the Miss Universe Indian 2010 pageant and was crowned Miss India South Glamorous Hair the same year. Pooja, who is in her thirties, has already achieved a tremendous amount of success through her stellar onscreen performances.

Pooja Hegde was born on the 13th of October 1990, in Mumbai, Maharashtra, India. She is currently 30 years old.

Pooja Hegde is the daughter of Manjunath Hegde and Latha Hegde. Her parents are from the Tulu community-based in Mangalore, Karnataka. She has a brother named Rishabh Hegde, who is a doctor.

After completing her schooling in Mumbai, Pooja joined Smt. M.M.K College of Commerce & Economics in Bandra, Mumbai and graduated with a commerce degree.

Now, this is the topic that most of you are probably looking forward to. Well, Pooja Hegde, has no visible relationship ties with anyone, at least, publicly, however, there’s a lot of speculation doing rounds on the internet that she might be in a relationship with actor Rohan Mehra. He’s best known as the son of Bollywood actor Vinod Mehra, who recently made his acting debut with the movie Baazaar.

Apparently, the actress has denied her relationship rumors with Rohan and stated that they are just friends. Whatsoever, the young beautiful actress is keen on keeping her personal life as private as possible, however, nothing can go unnoticed in case if she has a boyfriend.

Pooja made her acting debut with the 2012 Tamil film, Mugamoodi alongside Jiiva. Two years later, she made her Telugu debut in the romantic flick, Oka Laila Kosam.

In 2016, she starred in a romantic periodic drama, Mohenjo Daro opposite Hrithik Roshan which earned her a Lux Rose Golden Award 2016 for The Best Debutant of the Year.

She hasn’t appeared in television series other than promotional talk shows.

The leggy lass, Pooja Hegde has an estimated net worth of US$2.5 million. She takes somewhere between Rs 70 to 1 crore for each role she takes in as remuneration. Her earnings include films, endorsements, and advertisements.

She lives in a luxury pad in the posh area of Bandra, Mumbai. She also owns an apartment in Hyderabad. Pooja owns a BMW 7 Series, which she bought from her own earning.

Pooja had a successful career in modeling before becoming an actress.  She has walked the runway for famous designers in India as well as featured in several commercials during her brief modeling stint.

She appeared in a bike commercial alongside Ranbir Kapoor and was then discovered by Gowariker’s wife Sunita Gowariker who suggested to cast her in a lead role in Mohenjo Daro.

Pooja is a trained Bharatanatyam dancer.

Having roots down the south, Hegde has mastered in different Indian regional languages like Hindi, English, Tamil, Tulu, and Kannada.

She has a pet dog, Pedro which is already an Instagram celebrity.

She is a foodie.

Pooja can also play the guitar.

She was crowned Miss India Talented in 2009. That same year, she also participated in the 2009 Miss Indian pageant but was expelled in the early rounds. She made it to third place at the Miss Universe India 2010 and she won the Miss India South Glamorous Hair pageant title.

In 2017, Pooja won the title of Favorite Heroine Of The Year at the Zee Golden Awards.