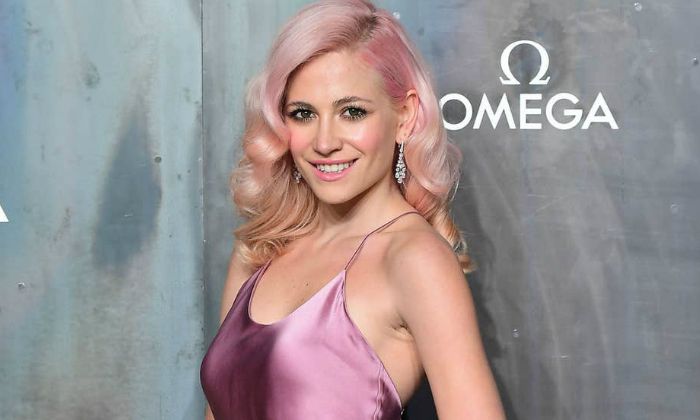 Who is Pixie Lott?

Pixie Lott is an English singer and actress who is probably known for her number one singles “Mama Do (Uh Oh, Uh Oh)”, “Boys and Girls” and “All About Tonight”. She released her debut album “Turn It Up” in 2009 and followed it up with “Young Foolish Happy” and “Pixie Lott” in 2011 and 2014, respectively. Pixie has several top ten singles to her credits including “Kiss the Stars” and “Nasty”. Also an actress, she starred in the movie ‘Fred: The Movie’ in 2010 and also guest appeared in many TV shows like Inspector George Gently. She is a coach on The Voice Kids UK since 2017.

Pixie Lott was born on the 12th of January 1991 in Bromley, London, England, United Kingdom. She is currently 28 years old.

Pixie Lott is the third child of stockbroker Stephen J. and Beverley A. (née Martin) Lott. As a premature child, she looked cute and dainty and her mother nicknamed her Pixie. She has two siblings, a sister, Charlie-Ann Lott, and a brother, Stephen Lott II.

For education, she attended Italia Conti Associates Saturday School in Chislehurst and later earned a scholarship at the main school, Italia Conti Academy of Theatre Arts at age 11. She attended Brentwood County High School and received A grades in her GCSEs.

In August 2010, media outlets reported that she is dating fashion model Oliver Cheshire. They have since then spotted in numerous red carpet events and public events. The two got engaged in November 2016.

Pixie released her debut single “Mama Do” on 8 June 2009, which debuted at number one on UK Singles charts. It sold over 200,000 copies in the United Kingdom and eventually was certified silver by the British Phonographic Industry. Her second single “Boys and Girls” was released on 6 September 2009, which also topped the UK Singles charts.

She released her debut album, “Turn It Up”, on September 11, 2009, via Mercury Records. The album peaked at No. 6 on the UK Album Chart and received double platinum certification.

Lott made her acting debut in the 2010 independent comedy film, “Fred: The Movie,” in which she played the role of Judy.

Lott made her first television appearance as a guest dancer in the Nickelodeon UK’s sitcom ‘Genie in the House; in 2 episodes entitled “Drama Queen”, and “I Feel Like Singing”.

She is best known for her singles “Mama Do (Uh Oh, Uh Oh)” and “Boys and Girls” from her debut album, both topped the UK Singles chart in 2009.

Pixie Lott earned a lot of fame for her albums, “Turn It Up”, “Young Foolish Happy”, and “Pixie Lott”.

According to sources, Pixie Lott’s net worth is estimated to be $3 million.Her impressive net worth is a result of her successful career as a singer and actress.

She appeared in the West End production of Chitty Chitty Bang Bang at the London Palladium, in 2005.

At age of 14, she recorded her vocals on Roger Waters’s opera Ça Ira.

She got her start as a songwriter and co-wrote songs for artists like Alexandra Burke, Lisa Lois, and Selena Gomez.