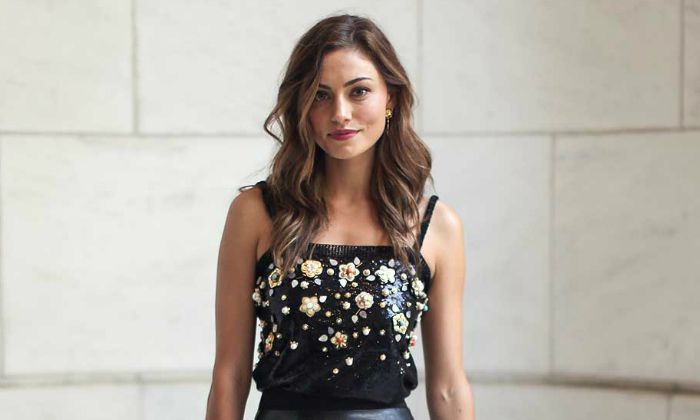 Who is Phoebe Tonkin?

Phoebe Tonkin is an Australian actress and model who achieved popularity in the entertainment industry with her portrayal of Cleo Sertori in the Australian fantasy series H2O: Just Add Water and for playing Fiona Maxwell in the war-drama film Tomorrow, When the War Began. She gained prominence in Hollywood following her appearance as Hayley Marshall in The CW series The Vampire Diaries and its spin-off series The Originals.

Phoebe Tonkin was born on the 12th of July 1989 in Sydney, New South Wales, Australia. She is currently 30 years old.

Speaking about her personal life, very little is known about her family. Her parents are Nicholas Tonkin and Jennifer Tonkin. She has a younger sister named Abby Tonkin.

Phoebe joined the Australian Theatre for Young People (ATYP) at the Wharf Theatre at the age of 12, where she took various courses like Shakespeare, Script to Stage, Clowning Around and Musical Theatre. She graduated from Queenwood School for Girls in Balmoral, New South Wales.

Phoebe is known for her relationship with co-star and actor Paul Wesley since 2013.

Phoebe Tonkin made her acting debut as Fiona Maxwell in the 2010 Australian adventure war-drama film, “Tomorrow When the War Began”.

Tonkin landed her first acting job in the Australian drama fantasy television series “H2O: Just Add Water” in 2006. Her work in the series was applauded by critics, establishing herself as an actress in the television industry as well as earned her some international fame.

Tonkin met with critical acclaim for her role as Hayley Marshall in the CW series ‘”The Vampire Diaries” from 2012 to 2013. She reprised her role in its spin-off, “The Originals” from 2013 to 2018.

She is also known for playing the lead role of Faye Chamberlain in the supernatural teen drama The Secret Circle from 2011 to 2012.

Tonkin has appeared in a number of TV commercials, including Vauxhall Motors and has done shoots and editorials for Girlfriend, Teen Vogue, Elle Australia, Complex, Miss Vogue, Vogue Australia, Dolly, and Free People.

She served as the face of New York-based stylist Ilona Hamer’s swimwear line “Matteau Swim” from 2015 to 2017.

In September 2017, she appeared in the ad campaign “Journey To The Wild Side” for Smythson.

Tonkin’s net worth is currently estimated at $3 million. She lives in Los Angeles, California.

She started taking dance lessons in classical ballet, hip hop, contemporary dance, and tap dance from a tender age of 4.

After achieving initial success in both television and films in Australia she moved to Los Angeles in 2011 to get her hands in Hollywood.

She is close friends with fellow Australian actress Margot Robbie.

In 2011, she appeared in the music video for the track “Don’t Let Go” by Miles Fisher.

She is friends with Claire Holt.

In 2012, She along with her friend and actress Teresa Palmer launched a health website named Yourzenlife.com. She stepped down from the site in June 2015 citing work commitments.

In September 2018, she was announced as one of the models appearing in a digital campaign for Chanel’s Gabrielle line of products.