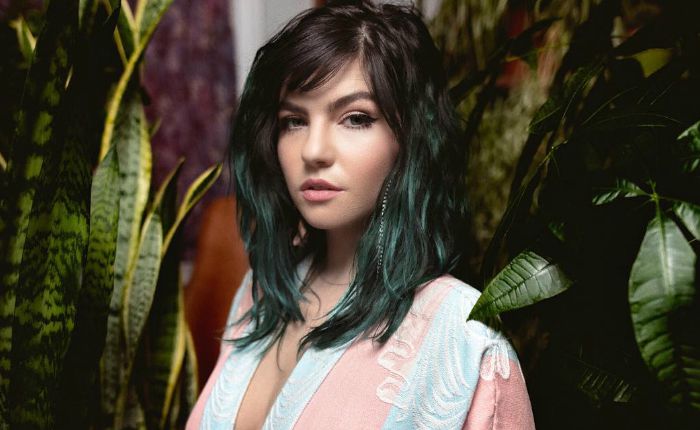 Who is Phoebe Ryan?

Phoebe Ryan is an American pop singer and songwriter who came to the limelight with the release of her hit mashup of R. Kelly’s “Ignition” and Miguel’s “Do You”. Shortly thereafter, she released her debut EP, Mine, in 2015, followed by her second EP, James, in 2017. She is better known as a songwriter rather than a singer because of her collaboration with such artists, Britney Spears, Oh Honey, Zara Larsson, Melanie Martinez, and Bea Miller.

Phoebe Ryan was born on the 21st of September 1990, in Dallas, Texas, United States of America. She is currently 29 years old.

Talking about her family background, very little is known at the moment. Phoebe is the daughter of Denis Joseph Ryan and Stella Laura. She has two brothers.

She studied engineering, business, and production at the Clive Davis Institute of Recorded Music at New York University in New York City, New York. After graduating from college in 2013, she moved to Los Angeles to try her luck in music.

Surprisingly, Phoebe is a very private person when it comes to relationships. She doesn’t want her private life to be in the spotlight and she tries her best to keep it at bay.

Phoebe released her debut EP, Mine, on June 9, 2015, via Columbia Records. The album is composed of hit singles like “Mine” and “Dead”, and also included “Ignition / Do You…” mashup. The EP received praise from music lovers with critics describing her voice as “magnetic”.

She received an overwhelming response for her hit singles, “Mine”,” Homie”, “Dead”, “Forgetting All About You”, “Almost Back”, to name a few.

Worked as a songwriter with artists such as Britney Spears, Oh Honey, Zara Larsson, Melanie Martinez, and Bea Miller.

Unfortunately, there’s not much-known information about her net worth and salary at the moment. She divides her time between Los Angeles and New York City. She owns a Nissan Xterra.

She was raised in Red Bank, New Jersey.

During her high school years, she was in a Grateful Dead cover band.

In 2015, she signed a record contract with Columbia Records and released a mash-up of “Ignition” and “Do You”, which appeared on her debut EP, Mine.

She collaborated with singer Bea Miller for the song “Young Blood”, which was released in 2014. The song managed to reach the 4th spot on the Billboard “Dance Club Songs” list, as well as peaked at #40 on the “Mainstream Top 40” list by Billboard. Radio Disney Music awarded the song with the “Best Song to Rock Out to With your BFFs”.

Ryan released The Chainsmokers-assisted “All We Know” on September 16, 2016, which peaked at #18 on the US Billboard Hot 100. The song charted at number 24 on the UK Singles Chart.

She released the song, “Dark Side”, as a part of a collaboration with Blackbear. The song featured as the lead single from her second EP, James, which was released on October 27, 2017.