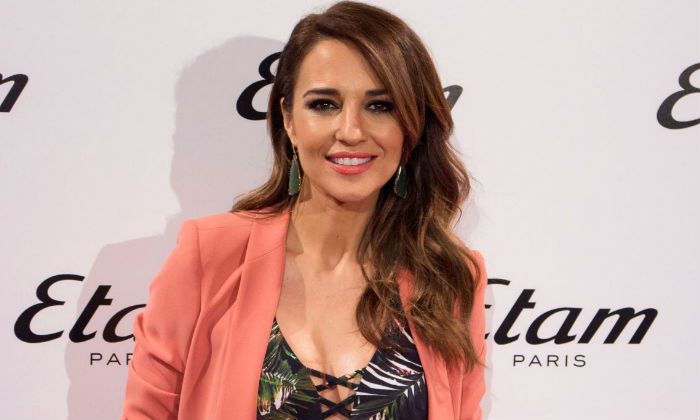 Who is Paula Echevarria?

Paula Echevarria is a Carreño-born actress, model, and fashion blogger who needs no introduction, at least, to the Spanish audiences. She started off quite late in her 20s and didn’t take long to make a splash in the industry. Her modeling works eventually led a number of roles in films and television series, with being credited for her performances in El Comisario, Gran Reserva and Velvet. In addition to modeling and acting, she is also passionate about fashion. Paula Echevarría writes the fashion blog called Tras la pista de Paula for the Spanish version of Elle Magazine, where she shares her thoughts on fashion and beauty.

Paula Echevarría was born on the 7th of August 1977, in Carreño, Asturias, Spain. She is currently 42 years old.

Paula Echevarria is the only daughter of her parents, Luis Echevarria and Elena Colodron. She was raised Roman Catholic.

While not much is known about her educational qualifications, Paula studied theatre and drama to hone her acting skills before appearing on television series.

Paula Echevarria married singer David Bustamante on July 22, 2006, in the Basílica de Santa María la Real de Covadonga in Asturias. The couple welcomed their first child, a daughter Daniella Bustamante, on August 18, 2008. They ended their married life in 2017 after being together for 12 years.

Since March 2018, Echevarría has been in a live-in relationship with the Málaga CF football player, Miguel Torres Gómez.

Paula Echevarría landed her first feature film role in 2002 when she played a minor part in the Spanish film, Peor imposible, ¿qué puede fallar? (worse Impossible, What Can Fail?).

Echevarría made her television debut with the Spanish drama series 7 Vidas (7 Lives) in 2000, where she played the role of Rocío.

Everything Paula touches turns to gold when it comes to her career endeavors. In 2010, Paula launched and started writing her fashion blog, Tras la pista de Paula, which appears in the Spanish version of Elle Magazine. Her blog is one of the most popular blogs in her home country, which is being followed by tens of thousands of people.

The fashion blog has given her opportunities to express herself and her style in a unique way that women all over the world can relate to. She writes about fashion, beauty, and lifestyle, as well as offers tips to readers on how to make them look perfect in different types of outfits.

Having been cast in a handful of films and television shows, Paula Echevarría has attained much success and fame in her home country and beyond. Through her works, she’s well-received by her own people, making her one of the finest and most popular actors in the Spanish film industry.

Echevarría has made a career as an actress and model out of nowhere and proved that anyone can turn their talents and passion into a thriving career. Talking about her performances, she is best known for her roles in El Comisario, Gran Reserva and Velvet.

It’s no doubt that Paula Echevarría is quite already a success story. With more than 3 million people following her on Instagram, Paula is considered to be one of Spanish’s most-followed celebrities on the photo-sharing app.

She was a series regular on Telecinco’s drama series El Comisario, where her character, Clara Osma, was killed off after she departed from the series in 2007.

In 2008, she starred as Estrella in José Luis Garci’s period drama film, Luz de domingo, which received five nominations at the Goya Awards as well as made it to the Academy Awards that year as one of three Spanish entries for the Oscar.

A year later, Paula Echevarría was cast again in José Luis Garci’s epic historical film, Sangre de mayo. The film received several nominations at the Goya Awards and was also officially selected as one of three Spanish entries for the Oscar.

In addition to acting and writing for her blog, Paula also owns a website that sells accessories and clothing. She incorporates her personal style into every brand that includes hawkers, More34, fragrances and My Beauty Box.

In 2019, she has starred in Álvaro Fernández Armero’s If I were rich, which premiered on November 15t.