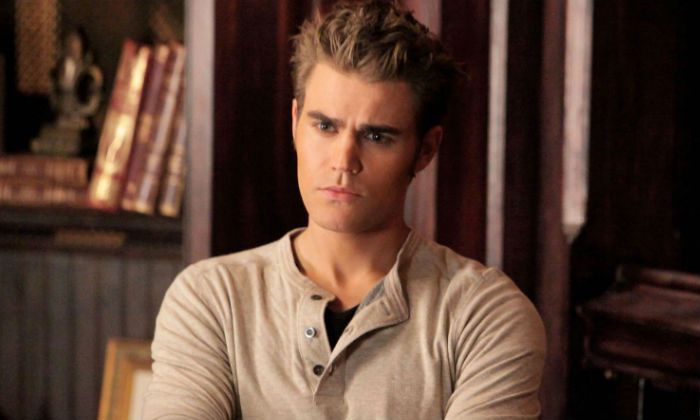 Who is Paul Wesley?

Growing up in Marlboro Township, New Jersey along with three sisters, Paul Wesley become very ambitious about acting a teen. After giving a lot of auditions, he landed a role on an episode of Another World and has since never turned back. He made a leap to international fame with his role as a brooding vampire Stefan Salvatore in The Vampire Diaries. Paul landed a recurring role of Logan Atwater in the Lifetime drama series, Army Wives and starred as Eddie Longo, a lead role in the CBS anthology series Tell Me a Story. He was credited as Paul Wasilewski in the television series until 2003. Also a directed, Paul has directed quite a few episodes of The Vampire Diaries.

Paul Wesley was born on the 23rd of July 1982, in New Brunswick, New Jersey, United States of America. He is currently 37 years old.

Paul is the only son of four children of Polish parents Tomasz and Agnieszka Wasilewski,. He has one older sister named Monika Emara (née Wasilewski), and two younger sisters, Leah and Julia Wasilewski.

For education, Paul attended Christian Brothers Academy in Lincroft, New Jersey and then Marlboro High School in Marlboro Township, New Jersey. He then enrolled at the Lakewood Prep School in Howell, New Jersey so that he could accommodate his acting ambition. During this time, he also began theater studies in New York.

After graduating from high school in 2000, he got admission at the Rutgers University; but he only attended a semester and then dropped out. More television roles were offered and he left studies to pursue his ambition to be an actor.

Paul is married twice. He married his first wife, actress Torrey DeVitto in a private ceremony in New York City in April 2011. They began dating in 2007 while acting together in Killer Movie. The coupled filed for divorce in July 2013 just after two years of marriage. The divorce was finalized in December 2013.

He then began dating Australian actress Phoebe Tonkin, his co-star from The Vampire Diaries, at the end of 2013. They dated for four years and it was a kind of an on-off relationship. They split in March 2017.

Paul Wesley married his girlfriend Ines de Ramon in a private ceremony in February 2019. According to her LinkedIn page, Ines works as a retail coordinator for jewelry brand and speaks five languages: German, English, Spanish, French and Italian.

Paul Wesley made his acting debut with the 2004 film, ‘The Last Run,’ playing the role of Jonathan Segal. He was credited as Paul Wasilewski in the film.

In 1999, Paul landed the role of Sean McKinnon in an episode of NBC’s soap opera ‘Another World,’ in which he was credited as Paul Wasilewski.

Speaking about his notable works, a role that immediately strikes upon us is that his role in the American supernatural drama TV series, ‘The Vampire Dairies’. He played the lead role of a good-hearted and affectionate vampire Stefan Salvatore. The series had its run through eight seasons on the CW TV network from September 2009 to March 2017. without a doubt, it became one of the most popular and watched shows of the cabler, and won several awards including several People’s Choice Award and Teen Choice Awards.

His acting career took off in 1999 with a small role in the television series Another Word. Since then, he has appeared in several other notable TV shows and films such as ‘Wolf Lake,’ ‘American Dreams,’ ‘Everwood,’ ‘Cane,’ ’24,’ ‘Tell Me a Story,’ ‘Peaceful Warrior,’ ‘Beneath the Blue,’ and ‘The Late Bloomer.’

Over the years of his successful acting career, Paul Wesley has accumulated an impressive net worth of $6 million. In addition to acting, he also makes a lot of money from endorsement deals.

He was raised in Marlboro, New Jersey where he spent most of his early life.

Paul enrolled in a summer arts program when he was in the third grade. During this time, he developed his first interest in acting.

In high school, he has acted in many school productions also actively involved in theater studies.

If he wasn’t an actor he would have been an investigative journalist.

Paul changed his surname to Wesley in 2005 and began crediting himself with that name in films and TV series. He changed it because he thought his birth name was too hard to pronounce.

Paul is very fluent in Polish. He used to spend 4 months each year in Poland until the age of 16.

In 2010, he won a Young Hollywood Award for Cast To Watch along with co-stars Ian Somerhalder and Nina Dobrev for their work in The Vampire Diaries

His celebrity crush is Monica Bellucci, an Italian actress, and fashion model.